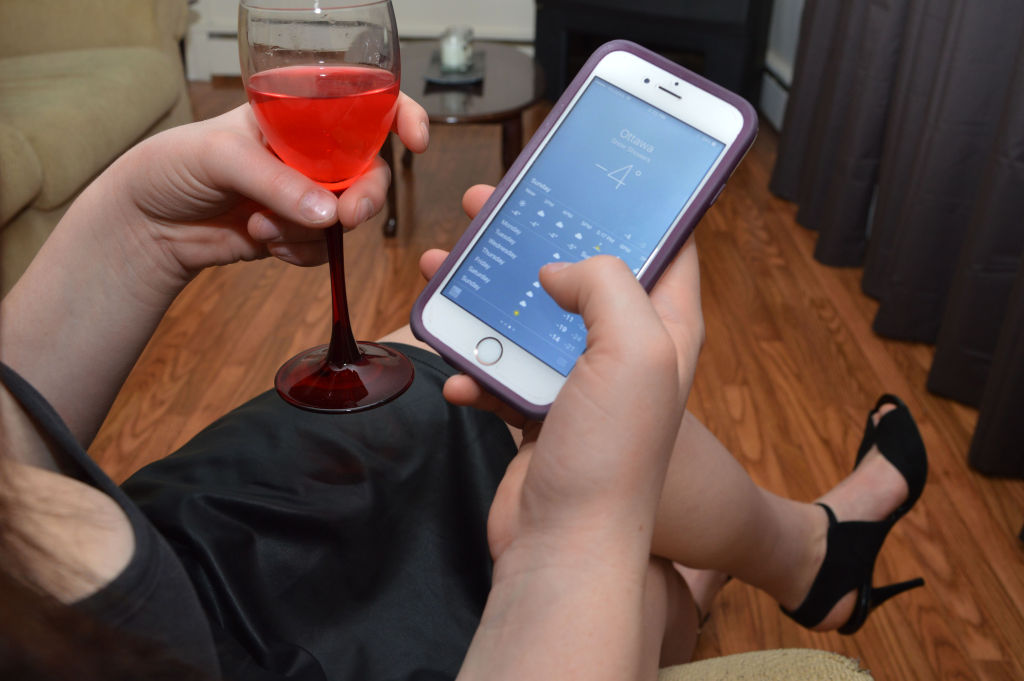 While other women strutted around the ByWard Market in as little as bralettes and mini skirts, I shivered in my coat and jeans —even though the night only reached a low of -4 degrees Celsius, with wind chill.

Lines outside of Pub 101, Babylon, Heart and Crown, and Warehouse swelled with young and energetic people. Heading downtown with the assumption of not seeing  a huge turnout, given that it’s cold and February, was confirmed completely wrong. Ottawa’s nightlife is just as alive as ever, even in the dead of winter.

Mikayla Dunlop, a server and bartender at Oz Kafe, thinks it’s because we haven’t had much of a winter.

“I really think people are taking advantage of the mild weather we’re having here, in comparison to other years,” says Dunlop.

Dunlop is in her last year of Conflict Studies and Human Rights at the University of Ottawa. She knows that a lot of students love to bar-hop in the city, and it’s convenient with bars and clubs often clustered together.

Postma is the security supervisor for the SA and a security guard at Babylon nightclub. He has been on the job for about seven years.

He believes that the city is consistent in terms of nightlife and gauging its constant activity is really a matter of knowing what’s going on where. Whether it be outdoors in the summer or a special Justin Bieber mash up at a specific club during winter, Postma believes there is a lot of communication between the downtown hot-spots on what works to draw customers.

“Ottawa is a really small city, in that way where the industry is tight knit,” says Postma. “If people want to hear what your music is, and be where you are —they will come in whatever weather.”

Back on the streets, I wondered if the women that I had seen didn’t want to pay the extra two dollars for coat check. Or maybe they thought that a coat would ruin their ensemble. Either way, showing some skin and wearing six-inch heels with snow on the ground didn’t seem to be unreasonable to them.

“I wore a crop top and jeans the other night and I was sweating like a horse,” says Caitie Matthews.

Matthews, a second-year Psychology major at Carleton University considers herself to be someone who goes out a lot – about three times a month.

“You get super warm when you drink,” says Matthews. “Your body is up against other bodies and you just get really hot.”

Regardless of the shocking outfits or lack thereof, the young’ns are still going out and not hibernating— in true Canadian fashion.