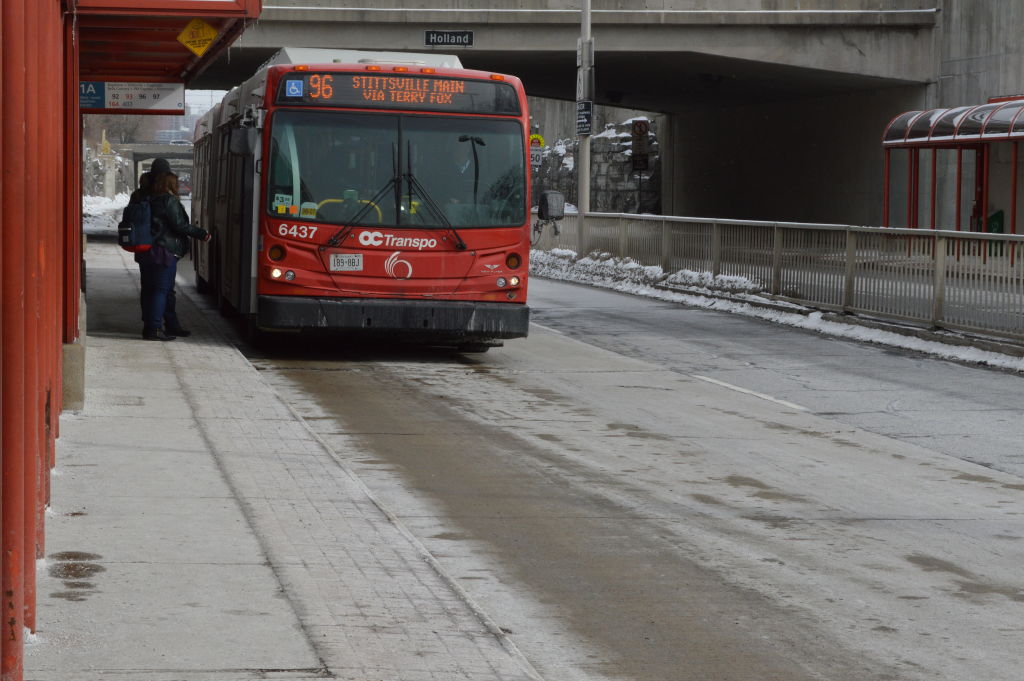 Yet another OC Transpo transitway closure was announced on Wednesday in preparation for light rail construction, but this closure is set to have one of the biggest impacts on its student riders.

Campus Station, located on the west side of the University of Ottawa, will close on April 24 which will cause an interruption to university students in their final exam period.

The closure comes just three days before the end of the University’s exam period; however OC Transpo’s Pat Scrimgeour told the Ottawa Sun that this closure is the most important one to date as the Lees to Laurier corridor is the busiest section of the entire transit network.

And students are definitely not looking forward to the change.

“I’m not impressed,” says Samm Floren, a fourth-year history major at the University of Ottawa. “Exams are stressful enough as it is so closing the main station will cause havoc.”

And Gloria Charles-Pierre, a fourth-year education major who lives out in the east end of Ottawa, agrees.

“I’m pretty upset about them closing Campus Station,” she says.

With the closing of Lees Station she says her commute to school and to work took 15 to 20 minutes longer so she says she’s not looking forward to another detour in her commute.

But the timing of the closure didn’t go unopposed.

OC Transpo tried to postpone the station closure for another week to avoid exam disruption for students, but with no luck.

As the Rideau Transit Group, who is in charge of light rail construction, arranged for Campus Station to be one of the last to close, they were unable to accommodate any delays as it would possibly affect their ability to meet deadlines.

However, some students will go unbothered by this closure as they were already greatly inconvenienced when Lees Station closed late last year.

“Campus Station closing won’t really affect me because I don’t bus near there anymore since Lees closed,” says Katrine Rochon, a fourth-year education major at the University of Ottawa. “Lees station closing was more of a problem for me.

“But I can imagine [this closure] will make the buses more crowded,” she says.

Several more changes to the transitway are also in store this year leading up to the completion of the light rail system in 2018.

Bus re-routing at Tunney’s Pasture Station will take effect on June 19, where buses will continue on Scott Street to Merton Street.