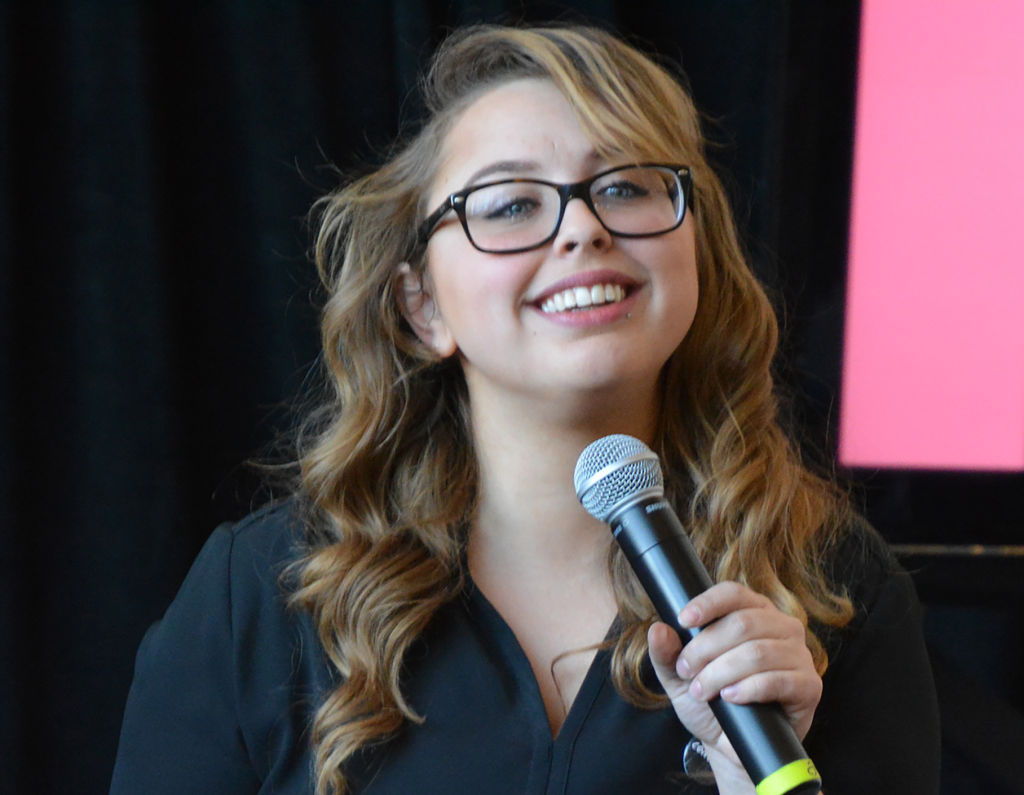 If you identify as female, chances are you might just have been given rape advice at least once in your life.

‘Don’t show too much skin.’ ‘Don’t walk alone at night,’ we’ve heard it all. And the stigma around rape culture is something we all must deal with on a day-to-day basis. It’s everywhere, and even people in power seem to be unable to address the issue the way it should be, by blaming the rapist, not the victim.

“Rape is kind of like the weather,” once said Clayton Williams, unsuccessful Republican gubernatorial nominee in 1990. “If it’s inevitable, relax and enjoy it.”

And so stopping rape from happening dead in its tracks, rather than addressing the problem by giving advice on how to avoid rape, was exactly the topic of Laci Green’s talk on consent, as part of Algonquin’s Consent Fest, on Feb. 5.

If you missed Consent Fest, here are a few key points to take away from Green’s presentation.

Anyone can open up conversations on sex assault

Another big point of Green’s presentation was that anyone out there can help spread awareness to rape culture, and everyone can become a part of the conversation. Social media is one of the biggest tools out there anyone can use as well as other media sources and integrating comprehensive sex education classes to school systems.

“How can we have a sex positive world, if we don’t teach sex ed comprehensibly,” says Green. “We should inform, educate, and change the way we teach boys and girls about consent.”

If there was one thing that was made clear during the presentation, it is the fact that the only person who is at fault of a rape, is the rapist themselves. There should be absolutely no excuses for the rapist.

Victims do not cause rape and things such as ‘what were they wearing’ is not something that should ever be asked to justify a reason for rape. In order for rape culture to stop, we must first start by letting women express their sexual freedoms the way they want, and educating boys that skin is just skin. Not an excuse to touch without consent.

It can happen to anyone

Finally, if there’s one thing that should have been taken away from the presentation, it’s that anyone can be raped, regardless of gender, sex, or sexual orientation. It can happen to anyone.

“Sometimes, when boys admit to being touched without their consent, other guys just cheer them on,” says Green. “‘I wish I had a babysitter like that,’ or ‘Wow you got it going on early!’ That’s promoting rape culture, just as much as asking a woman what she was wearing that day.”

In fact, sexual assault is far more common than most would suspect. Relatively few incidents of sexual assault are reported to the police. Young and otherwise vulnerable women are most likely to be sexually abused. Most sexual assaults are committed by someone close to the victim, not a stranger. Many assaults occur to people who identify as transgendered, and disabled people are the most at risk of sexual violence.

And so, if you see something, say something. Open up the conversation. Don’t make excuses for violent crime offenders and remember that it could happen to anyone.