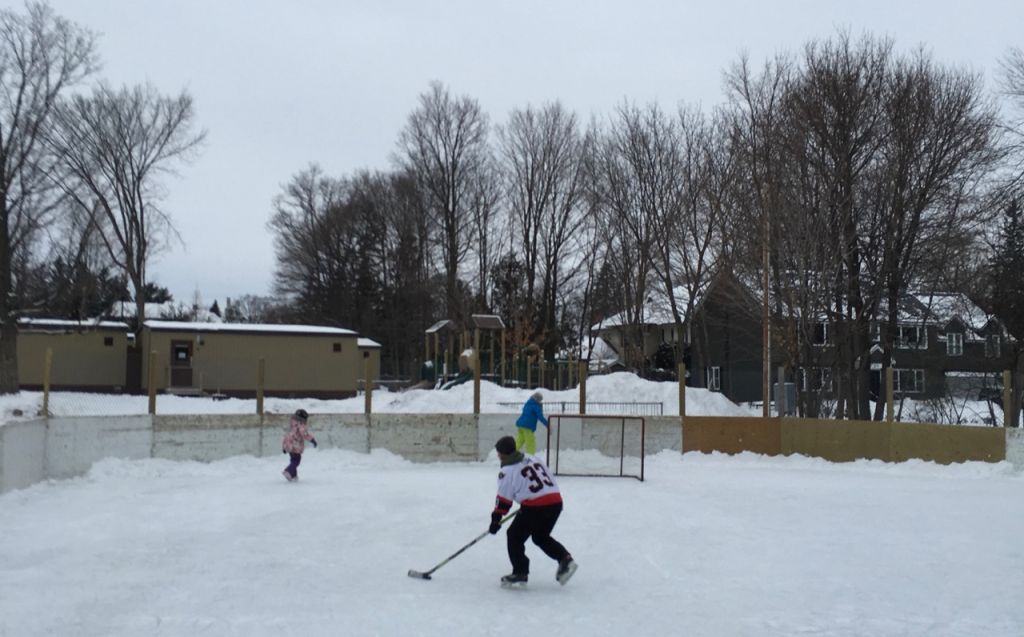 Getting some ice time at the Rockcliffe rink. The rink is maintained by volunteers and neighbourhood parents.
Photo by: Bryson Masse

The sound hits first. From one side to the other, the shovel against the ice resonated inside the boards. Emitting a roar that was tinged with anticipation. Moving closer, a lone figure emerges as he slides frictionlessly across the flooded parking lot, making ready a space that has been an Ottawa tradition for decades.

It gave a scare in the first part of December but the weather has finally cooperated to see the opening of many of Ottawa’s outdoor rinks. A team of volunteers and enthusiasts keep the perennial community features in good condition. Always ready for a game of pickup hockey or a pretty solid date.

One of these volunteers Is Luc Lafreniere. He has hosted the Fosterbrook puddle rink in Barrhaven for the last three seasons.

“It’s literally a flat spot within a park with no buildings of any kind,” says Lafreniere. “The simplest of the city-run rinks. The city designed it as part of the development of the area when they put a park in about six years ago.”

His job is rink operator, meaning he takes charge of making sure there is a rink to skate on. When the time is deemed right by the city, the season begins with base ice being applied through flattening and watering a 100 by 50 foot patch of snow. The first day means about four to five hours of stomping in snow shoes and using wooden boards to flatten the surface. The next six days will be spent carefully spraying the ice to create the perfect surface.

“The first watering is very light, let the snow freeze and hopefully become impermeable,” Lafreniere says. “After doing multiple light sprays, I start to lay it on a little thicker until I have a decent base thickness. Once that’s done, I then layer thin again and try and get it as levelled as I can. Of course, all of this takes about six evenings of work, about an average of three hours per night.” 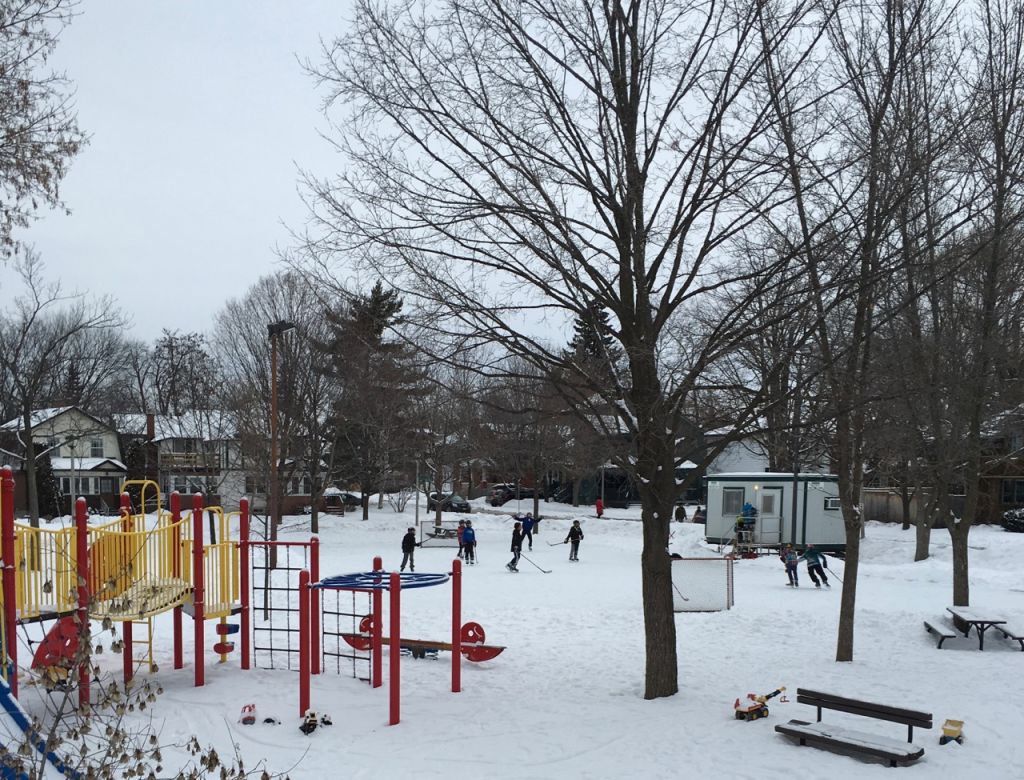 The city supplies equipment like a length of firehose, a couple of shovels, a small bench and a huge metal key that allows Lafreniere to turn the water on and off. Another valuable resource has been the members of the community who help him with the upkeep of the rink.

“I also left letters indoors a few years ago to let people know who I am and what is involved in maintaining this rink,” Lafreniere says. “Between everyone in the neighbourhood, it can become our ice rink and not just mine.”

Ottawan’s have an option if they’re curious about the condition of rinks near them: ottawarinks.ca. Created by Michael Sullivan and a classmate for the 2006-2007 outdoor rink season and going strong since, they used it to coordinate which rink to visit when they lived on opposite sides of the city.

“I love seeing communities and users take advantage of it,” says Sullivan. “The site gets a lot of use at the beginning of the season which drops off once all the rinks are open.”

Both Sullivan and Lafreniere encourage people to volunteer to help their local rink. People can reach out to Chantal Pelletier, program coordinator of Ottawa’s Seasonal Recreation department. If people do end up working on an ice surface Lafreniere recommends proper attire.

“Layers, layers, layers. I look like that marshmallow man from Ghostbusters when I go out.” He says. “Spending five plus hours in one outing when it’s -20 is not for people that are poorly dressed.”