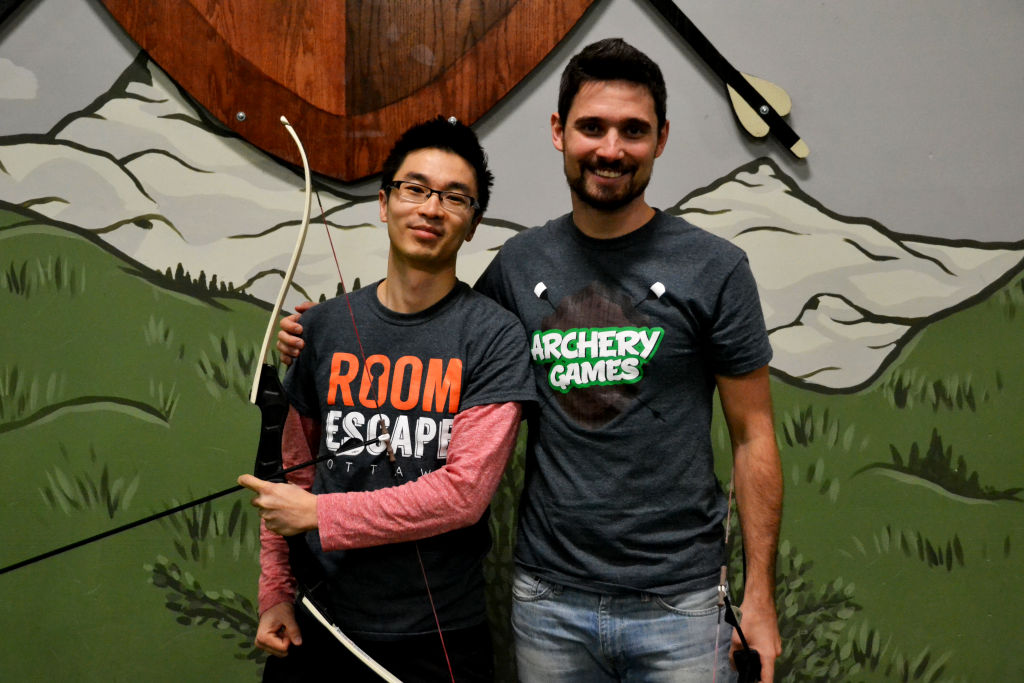 CEO Qi Hu and Operations Manager Noah Jackson, of Archery Games. They have brought the new sport to Ottawa.
Photo by: Caleb Nickerson

Opening a facility where people pay to be locked in rooms or shoot arrows at each other might sound like a questionable enterprise. But for Carleton University grad and former pro poker player, Qi Hu, the benefits of being innovative outweigh the downsides.

“You have to take risks,” he says, “It’s the only way you’re going to be successful.”

Hu is the CEO of Archery Games and Room Escape, two symbiotic endeavours housed in a former furniture warehouse near the corner of Bank and Walkley.

The two businesses were founded by Hu and his business partners, Ramsey Jackson and Brian Seto.  An escape room was what the trio had originally planned to open, but after trying archery tag at a facility in Toronto, they knew the novelty of the sport would be a major selling point.

Archery tag can be described as paintball and dodgeball’s quirky younger brother.  Players wear full face masks and the arrows have enough padding to lower the impact to that of a pillow fight, albeit a fairly aggressive one. 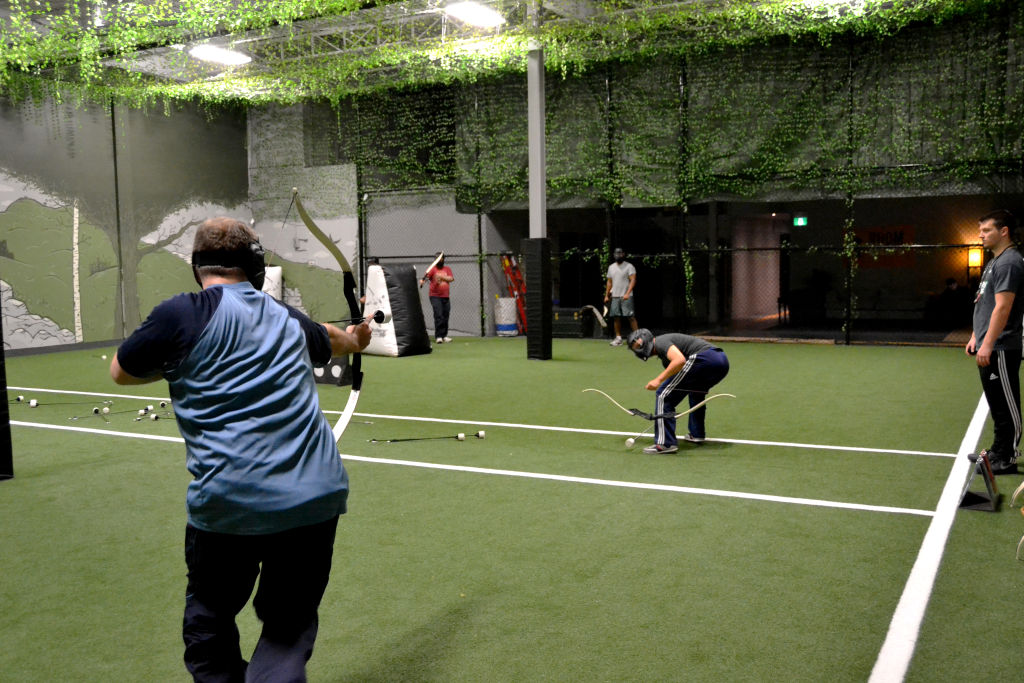 Invented in Indiana in 2011, the sport has since seen licenced facilities pop up from Montreal to Malaysia.

After opening Archery Games in August, they opened Room Escape in early October which has received excellent reviews despite having many competitors in the city.

Starting two businesses from scratch can seem like a daunting task for young entrepreneurs, but for operations manager, Noah Jackson, it has been an incredible opportunity.

“I’m not learning just one tiny aspect of the business, I’m learning it all,” says Jackson, who is currently in his final semester of business marketing at Algonquin.

Noah got involved through his brother and co-founder, Ramsey, who graduated from Algonquin’s heritage carpentry program. Ramsey’s handiwork can be found throughout the facility, from the wooden benches and tables in the staging area, to the escape rooms themselves.

Marketing director and co-founder, Brian Seto, enjoys the challenge of starting a company from the ground up, but admits it’s a lot more work than your typical day job.

“When you’re running your own business, you don’t clock out at five,” he says. “You don’t ever clock out.”

With the recent start of a competitive archery tag league and plans to expand their escape rooms, the hard work seems to be paying off for these four young entrepreneurs.