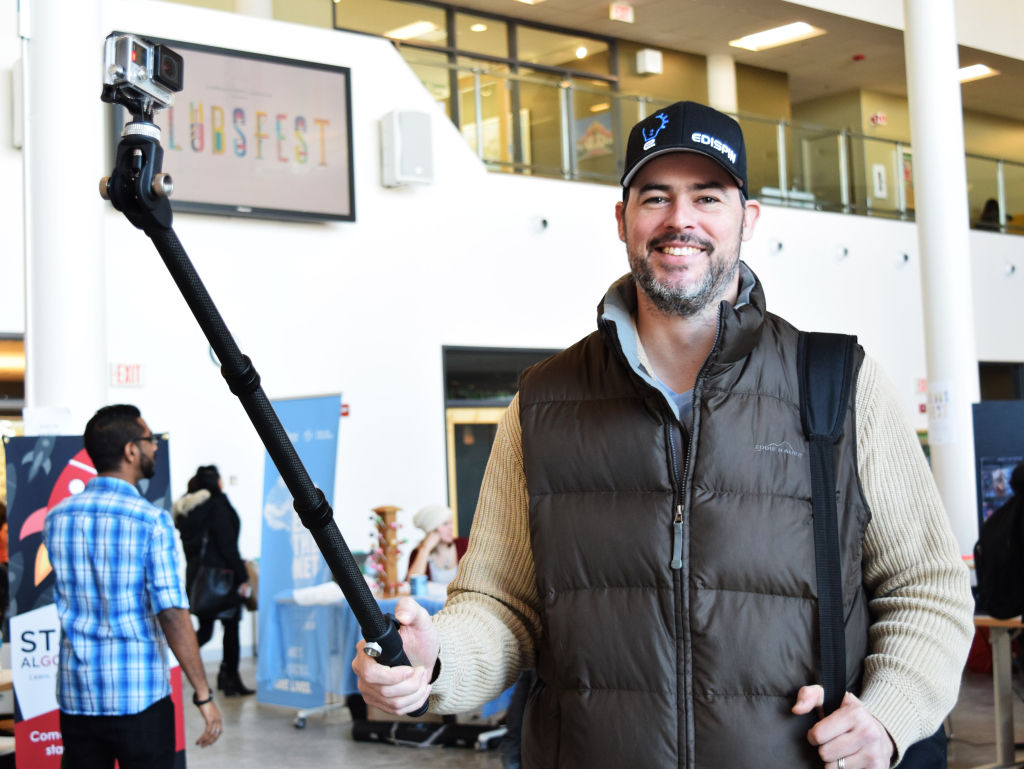 Although Tim Jodoin won’t consider himself a traditional entrepreneur, he definitely has a history of entrepreneurial spirit.

“I used to buy a can of Coke from the guy in the cantina truck for $1 each Friday till I realized I could get a case of 24 for under $3,” says Jodoin. “Once I realized this, the entrepreneurial spirit was born.”

Jodoin borrowed money from his father to purchase a few cases and resell the individual cans for $0.50 each out of his wagon. By the end of the summer he was averaging just under $40 for every four hours of work.

Jodoin has come a long way since his very first entrepreneurial debut. He now is the creator of Edispin, a product engineering company with the goal of turning people’s ideas in to real working products.

“I don’t consider myself an entrepreneur because of how I get things done,” says Jodoin. “When I think entrepreneur, I think of someone that is able to pitch a big dream and get others to make it happen. I feel I am more of the outlet for entrepreneurs. People pitch me their ideas and I build products and companies.”

One of those first pitches was the Orbit Pole, originally imagined by Toronto-native, Jeff Pinard. Pinard wanted to see his idea of a dynamically controlled action camera monopod come to life.

While Pinard was the initial concept inventor for the product, Jodoin was the creator and engineer. The Algonquin grad spent nine months with a full time job and a newborn daughter building the Orbit Pole. He admits it wasn’t an easy task.

“The engineering was very challenging and extremely stressful,” says Jodoin. “I once spent 36 hours deriving an equation for one part.”

He confesses that that the hardest part in creating this product wasn’t finding the money. It was finding the time. One month after the birth of his daughter, the Orbit Pole project began.

“When I look back on it, it doesn’t seem as hard as it was,” says Jodoin reflecting on the past year of his life. “But this time last year, I sat in my basement and cried.”

Jodoin says, although it was difficult, he managed to schedule in enough time to see his daughter everyday as well as keep up with his at the time semi-conductor engineering job. When he wasn’t at work or with his daughter, he was staying up till 4 a.m. bringing the Orbit Pole to life.

“You can’t break down, you have to stay strong,” says Jodoin. “It might take you a few years and lots of sweat and tears. But, it’s worth it.”