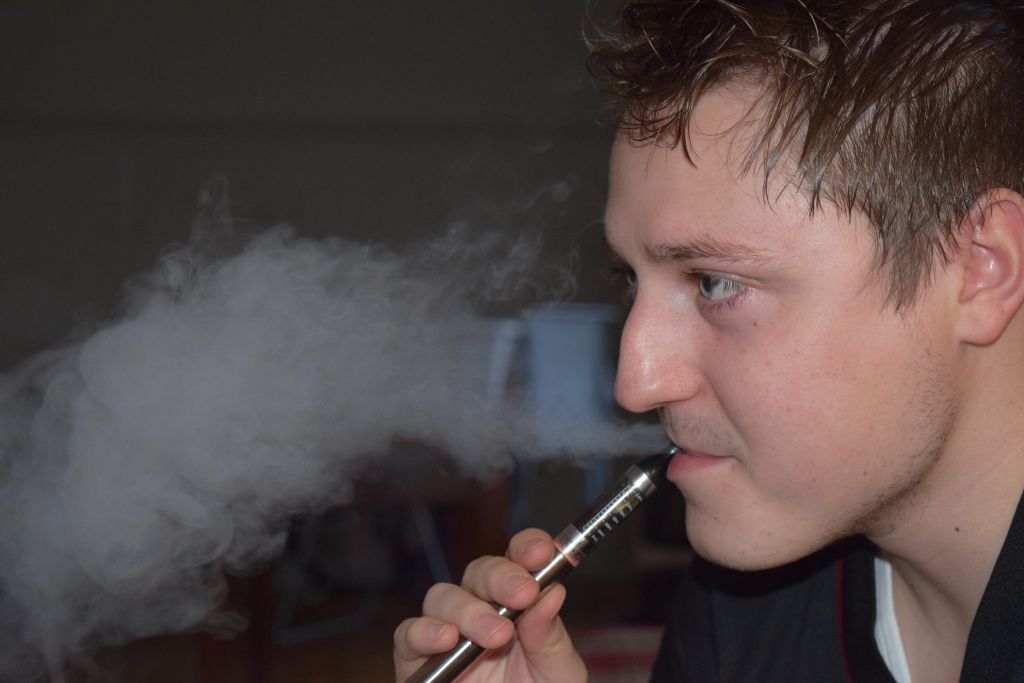 As the vaping craze spreads throughout the country, many local entrepreneurs are opening electronic cigarette businesses in Ottawa to cash in on its popularity.

Patrick Riley, owner of the new VapeKing in Stittsville, opened his store on November 26. It’s the Quebec-based company’s first location in Ontario and the first of its kind in Stittsville.

“Before people had to travel into the city,” says Riley. “But now they can buy their products closer to home.”

Riley got to know the VapeKing folks while living in Montreal. He recognized the demand for e-cigarettes when he returned to his hometown of Stittsville and facilitated the company’s expansion there.

The store has attracted many customers throughout the community. Even bylaw officers have been receptive – an important factor given the looming possibility of government restrictions.

Quebec passed legislation in November banning the use of e-cigarettes in public places.

“Regulations are coming and they will make things different,” Riley says. “But I don’t think it will be enough to ruin the industry.”

David Sweanor, adjunct professor of law at the University of Ottawa and a member of the school’s Centre for Health Law, Policy and Ethics, also downplays the government’s response.

“Ontario planned to (adopt similar legislation as Quebec),” he says. “As more evidence emerges on the exceedingly low risk of vapour, and the health benefits of smokers switching, it appears the government is rethinking its approach.” 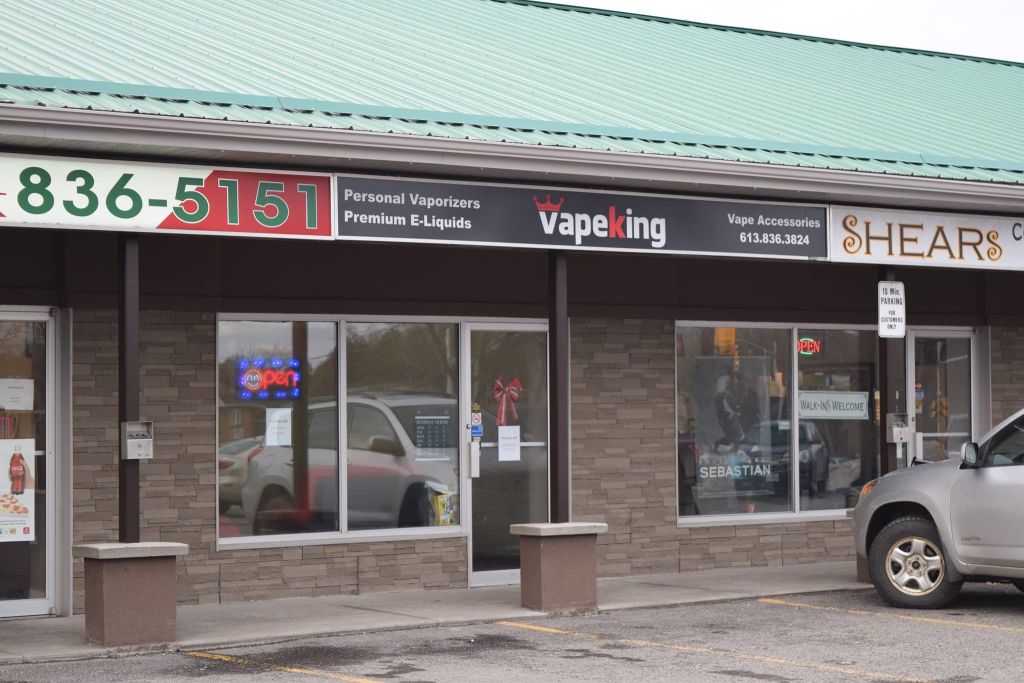 Riley has been vaping for one and a half years and says he feels healthier because of it.

“I perform better at the gym, I save money and I have less of a wheezing cough in the morning,” he says.

With e-cigarettes, users can get their nicotine fix without inhaling the carcinogens found in traditional cigarettes.

“It is the inhalation of smoke that causes virtually all of the health risks,” says Sweanor. “Vapour products avoid combustion.”

Sam Reid, a longtime Stittsville resident, bought his first e-cigarette at VapeKing in January. While he agrees the product is the healthier option, he remains skeptical of its net benefit.

“I don’t like how they are so appealing to an underage group,” Reid says. “Cigarettes are supposed to be disgusting so people won’t buy them. But now with e-cigs, why wouldn’t I smoke?”

Reid also thinks he uses his device too often, despite buying it to help quit smoking.

E-cigarettes have generated criticism for other reasons as well. In January, reports surfaced about a device exploding in an Edmonton teenager’s face.

However, Riley maintains that these types of horror-stories are almost always user-oriented.

“It’s all about knowledge,” he explains. “Sometimes (the e-cigarette) is not regulated, and it can overheat. You’ve got to use safe equipment and make sure you know the company’s reputation.”

Moreover, Sweanor dismisses most anti-vape sentiment as fear mongering and trusts the industry will prevail.

“Innovators will come up with ever better alternatives to cigarettes,” he says. “Selling cigarettes will become increasingly non-viable.”

Although there’s still a lot we don’t know about them, the future looks bright for e-cigarettes in Ottawa and the rest of the cigarette-smoking world.

“Unless Big Tobacco and abstinence-only moralists can kill vapour products,” Sweanor says. “I believe that we are on the cusp of a major public health revolution.”