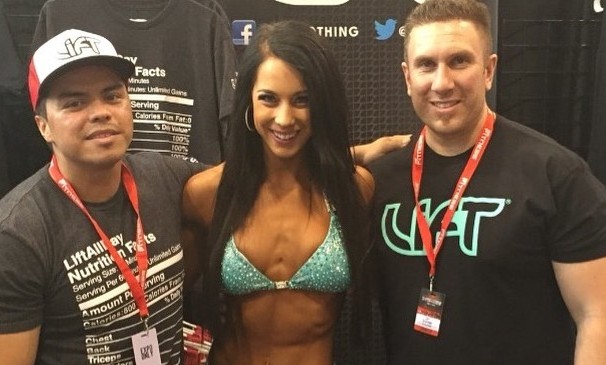 New jobs are not always what we expect them to be. For example, working in security at a hospital involves a little more than roaming the halls. When Pasquale Marano worked at the Ottawa Hospital for five years, it involved a lot of, as he called it, “slinging bodies.”

“I’ve seen things that people shouldn’t see in their whole life or deal with,” he says.

Besides a laundry list of people the hospital was worried might get violent – psych patients, homeless people, drug addicts – Marano says he had to deal with people who wake up confused after major car accidents or industrial accidents.

“You’re in the emergency room with them as they’re getting treated because typically they get violent cause they don’t know what’s going on.”

The stress of the job got to him, and in 2013, Marano quit to work full time as the owner of Lift Clothing, a bodybuilding brand that retails from Newfoundland to British Columbia.

The day-to-day work at Lift isn’t quite what he expected either. It consists of a lot of receiving shipments and then just shipping them out.

But being a business owner gives him the chance to give back to a world that at times seemed unjust.

Marano’s son, Tate, was born weighing two pounds in July 2013, eight weeks before his due date.

“When my son was in the hospital, like… You don’t have a life,” he says.

“You leave the hospital not knowing if you’re gonna get a phone call that something happened. Those kids and those families don’t really get a chance to live life and enjoy it.”

Marano now makes an effort to get involved in charity projects. Lift has been involved in 10 different charity events since 2012, for Montreal’s Children Hospital, the Heart and Stroke Foundation, the Ottawa Food Bank and others.

Lift started selling its products, including ball caps and t-shirts, in 2012, when Marano was finally able to use the word, “lift,” as a brand. He had been trying to get the company off the ground since 2008, but was being blocked by a construction company that owned a trademark to the word.

With the help of an Ottawa trademark lawyer, Marano was able to prove that his brand didn’t infringe on the construction company’s trademark, as they were in two different industries.

Lift’s brand has so far been purely dedicated to gym wear; it’s for bodybuilders. David Flores, who works with Marano on marketing, maintains an active Instagram feed, looking for inspiration.

One of their best-selling items is a t-shirt that was inspired by Flores’s interest in the automotive world.

He says many specialty car designers started using mint colouring a few years back. So, on a whim, Lift put mint-coloured lettering on a black tee, and it immediately took off.

Flores says their next line will incorporate streetwear and popular culture.