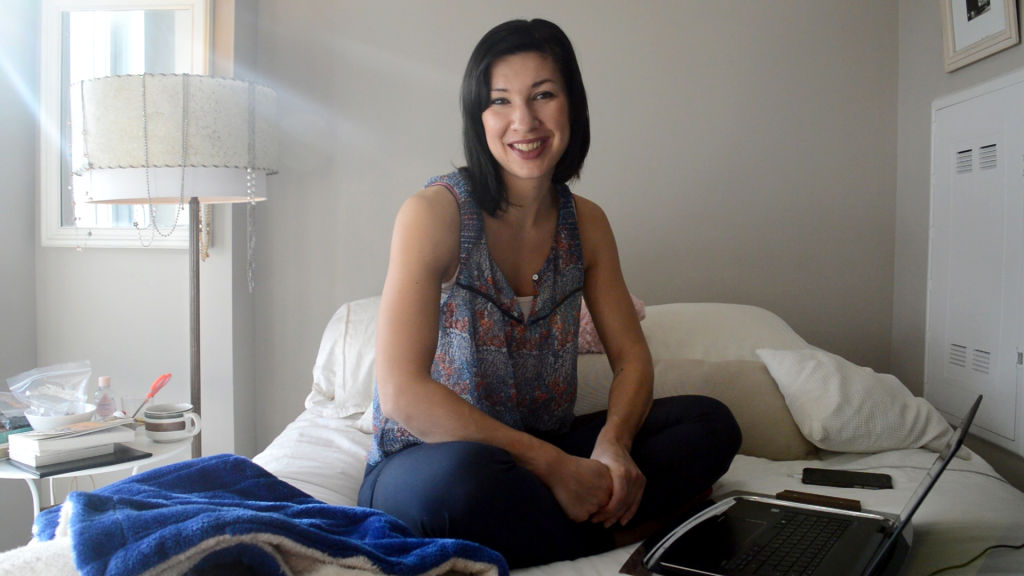 Tiffany McCoy working from home at her apartment in Westboro. She usually works less than 40 hours a week so she has space for activities.
Photo by: Molly Gatt

It takes a certain amount of skill and dedication for one person to make a profitable business working freelance.

Tiffany McCoy, 34, has been living in Ottawa for the last year and makes an average of 4,500 euros a month translating, proofreading and copy writing texts for several German and one Danish company. With the exchange rate that’s over $6,800 Canadian. Her one-woman business, Tiffany McCoy Translations, makes a killing, and half the time she’s sitting on her bed in her pajamas.

McCoy’s job also allows her to work anywhere in the world, pick the projects she’s most interested in and work less than 40 hours a week. She lived in Germany for a long time after receiving her bachelors in international relations with a minor in German from the University of British Columbia. When she worked for one company at a time, they would assign her translation work for up to 60 hours a week for less money.

“By working as a freelancer, I have more time to spend with my family and friends and pursue other activities and passions in life than I did before,” says McCoy of her life since becoming a full time freelance translator in January 2014.

Another bonus of working for German companies, she says, is the fact that they legally have to pay her two weeks after she sends her invoice. That’s pretty efficient compared to Canadian freelancers, who sometimes have to call their clients months after completing work to beg for payment.

She also only translates from German to English. “You should only ever translate into the language you’re strongest in,” says McCoy. “That’s the German philosophy.”

Meagan McCoy says that she never initially thought her sister would make such a successful career out of learning German.

“She has a good work ethic and the fact that she’s lived in the country has helped. She keeps good contacts and has developed good relationships with companies,” says Meagan. “She has a good reputation for good quality work.”

This holds true, as McCoy has never lost a single client.

It would look like she’s living it up, but McCoy misses working with people and is always looking for new job opportunities. Since moving to Canada, she’s taken up learning French to expand her knowledge base.

“I would like to find something that gives me new challenges and the ability to grow and be promoted,” says McCoy. “I miss having a managerial position.”

But McCoy’s not willing to take any job just to get back into the work force. The job that’ll replace her translation work, will either have high pay and or be highly challenging, otherwise Tiffany McCoy Translations is still in business.