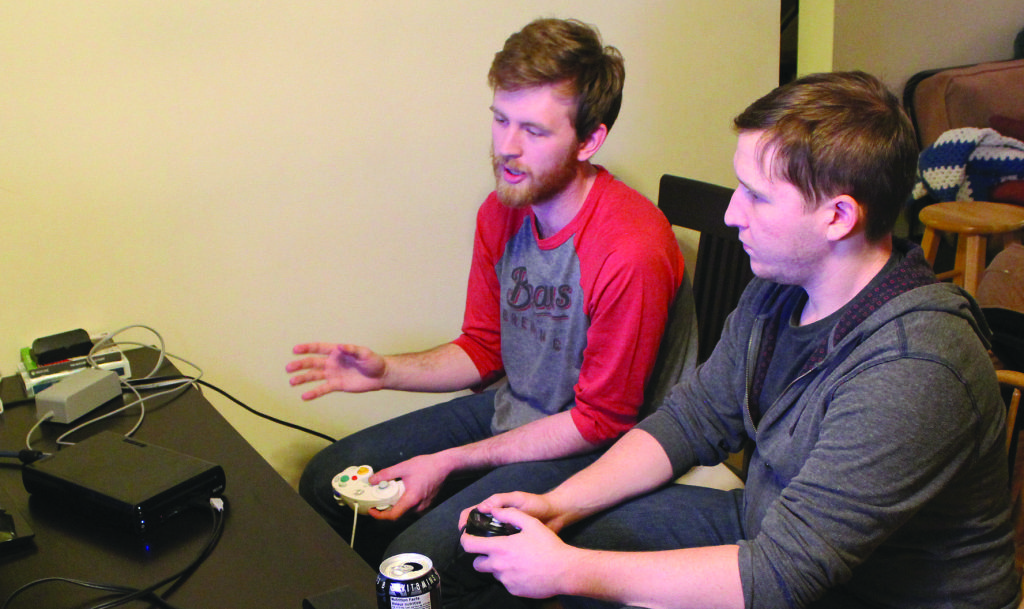 From left, Clark McGillis and Dan Coutts sit down while McGillis gives Coutts tips and tricks to improve at the game. McGillis is a top Ottawa smasher and regularly places highly at local tournaments.
Photo by: Orlando Blacksmith

Ottawa’s competitive Smash Bros. community, 613Smash, is becoming bigger every week, and the bigger it gets, the more crews arrive on the scene.

A crew is a team, or simply, a small group of friends who play together and support each other. Crew rivalries develop as the scene gets bigger.

Smash Bros. is a fighting videogame that features classic Nintendo characters such as Mario, Luigi and Pikachu. The game was released in late 2014, a little over a year ago.

The game, which was heavily marketed as a fun game for casual gamers, has an extensive competitive scene all over the world – even here in Ottawa.

But you might ask yourself, “Can videogames be competitive?”

The short answer is yes.

The simple fact is that e-sports has become a thing. And it’s expanding rapidly.

Top players in the world make enough money to live comfortably, granted they keep their spots as the best.

For some players, pushing the limits of a videogame is what drives them: what you can and can’t do. What is and isn’t possible.

Being better than someone else at something is a human trait we all strive for, some more visibly than others.

For example, 20-year-old Gonzalo “ZeRo” Barrios, undoubtedly the best Smash Bros. Wii U player in the world, has made $48,980.25 in the year of 2015 from attending 35 tournaments all over the world. And that’s just tournament winnings, it doesn’t account for streaming revenue or money he makes off of his YouTube videos.

Journalism students Marc Shaw and Mitchell Newton are an example of that. They created a crew, which simply can be described as a group of friends playing together and having fun, with the intention of entering Ottawa’s Smash Bros scene simultaneously. Their crew, which I am also a part of, is called the Lakebats.

The crew has a variety of people, including third-year architectural technology student Dan Coutts, 25, and second-year computer programming student Sam McGillis, 21. Both Coutts and McGillis are Algonquin College students.

Coutts and McGillis, along with the rest of the Lakebats, regularly attend a weekly Smash Bros. tournament called Monday Night Mayhem, usually to less-than-adequate results. 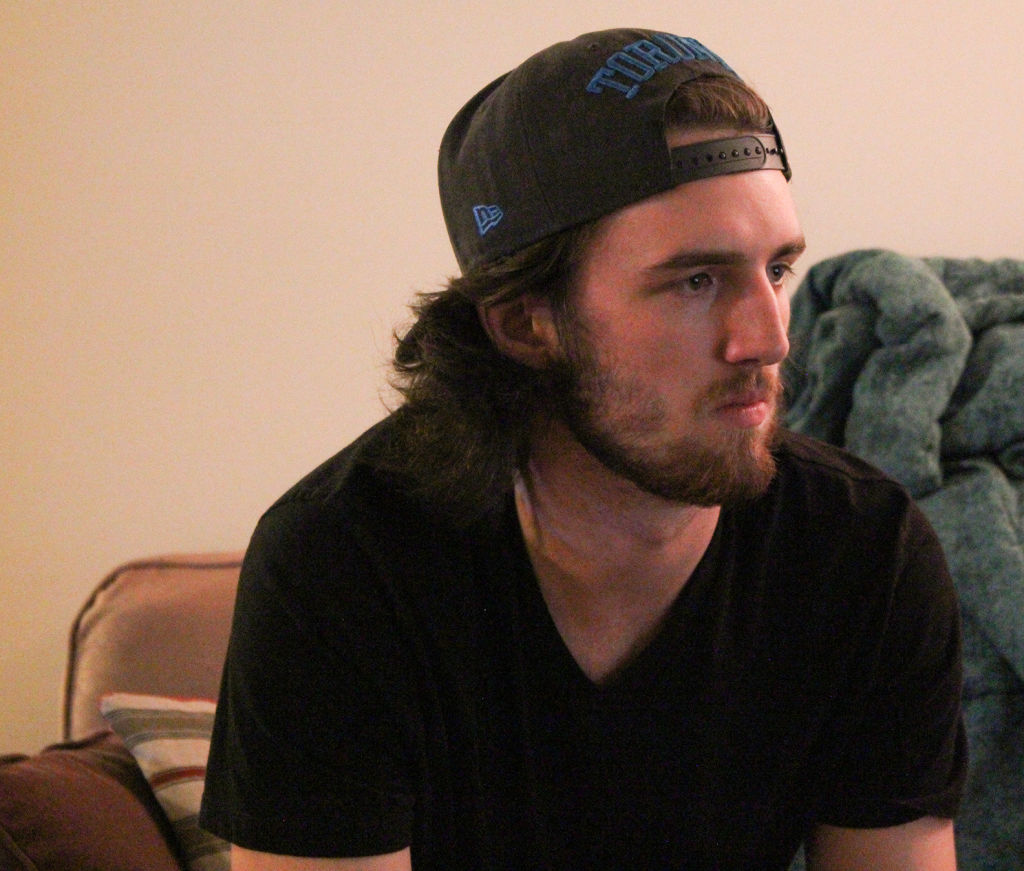 “Crews are a fun thing, in my opinion,” says local smasher Brian “BreaD” Adamo. “It helps build hype. It’s great that everyone is getting into crews, since that makes everyone more into the game and improving. As a result, Ottawa’s scene will develop.”

Adamo is ranked second on Ottawa’s power rankings and has been around Ottawa’s scene long before Smash Bros. Wii U was released.

What started out as just a bunch of friends playing videogames together eventually became Bakery, undeniably Ottawa’s strongest crew, which is home to both Adamo and Jordan “JPeds” Peddler, who is Ottawa’s number one on the power rankings.

“A crew is like a family,” says Adamo. “A bunch of friends hanging out, supporting each other and playing together. Crew battles would be hype but Bakery would destroy every crew in Ottawa, easy.”

Crew rivalries have always been visible in the Smash Bros. community, even here in Ottawa.

Bakery and Insomnia, another Ottawa crew, have the biggest rivalry in the city, says Adamo.

“Insomnia, like Bakery, is just a bunch of friends playing Smash,” says Adamo. “No member from each crew wants to lose to a member of the other crew.”

613Smash’s head tournament official Mike “PND” Bosak says he is excited to see emergence of crews and what that brings to the development of the scene.

“Get your crew, get ready,” says Bosak. “Crew battles are coming.”

With a record 57 people attending 613Smash’s most recent Monday Night Mayhem, and a total of 96 people attending Capital City Smash 2 on Saturday, Jan. 30, it’s evident that interest is growing in e-sports, especially here in Ottawa.

You can follow Brian “BreaD” Adamo and Mike “PND” Bosak at @zeroBreaDsamus and @PNDMike to learn more about Ottawa’s competitive Smash Bros. scene and their upcoming events.