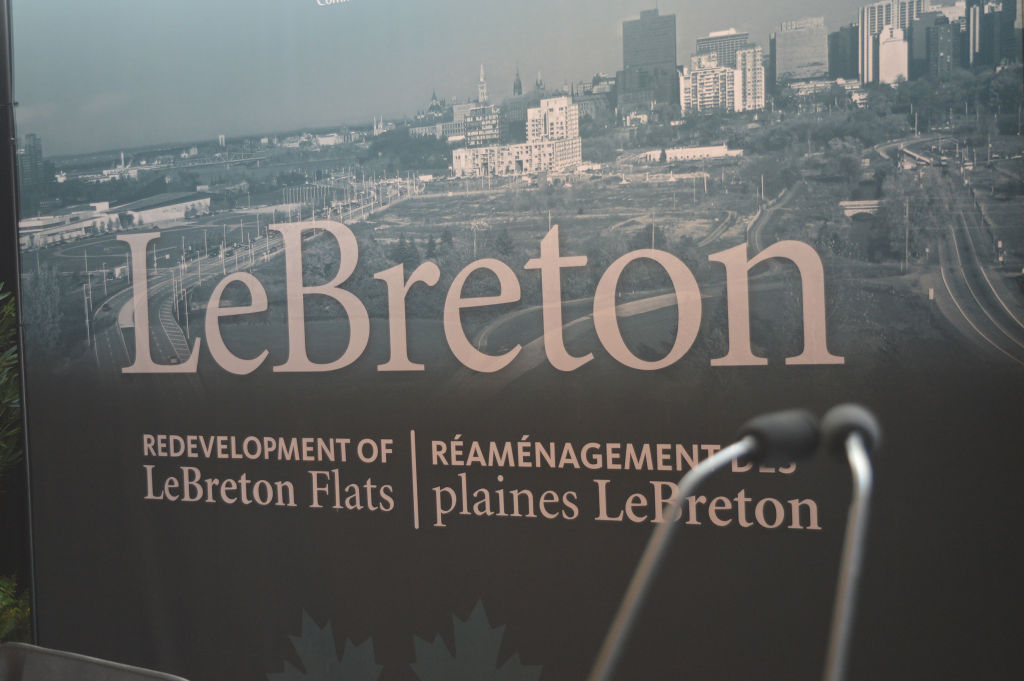 Public consultations for the redevelopment of LeBreton flats took place on Jan. 26 and 27. Hundreds of people filled the Canadian War Museum to give their input on the project, demonstrating the importance of the site to Ottawans.
Photo by: Chris Lowrey

Ottawa, the city that fun forgot. It’s a refrain we often hear from those who complain about our city.

Isn’t it kind of embarrassing that in a major city with nearly one million people, you can get a late-night coffee in suburbia but not downtown?

Well, the National Capital Commission is hoping to change the perception that Ottawa is a sleepy government town.

The NCC has received two proposals to redevelop the LeBreton flats. The community that used to exist on the flats got its start as a lumber town. Nearly the entire neighbourhood burned down in the great fire of 1900, but the community rebuilt itself. In the 1960s, the community was cleared to make way for government offices – which never materialized. 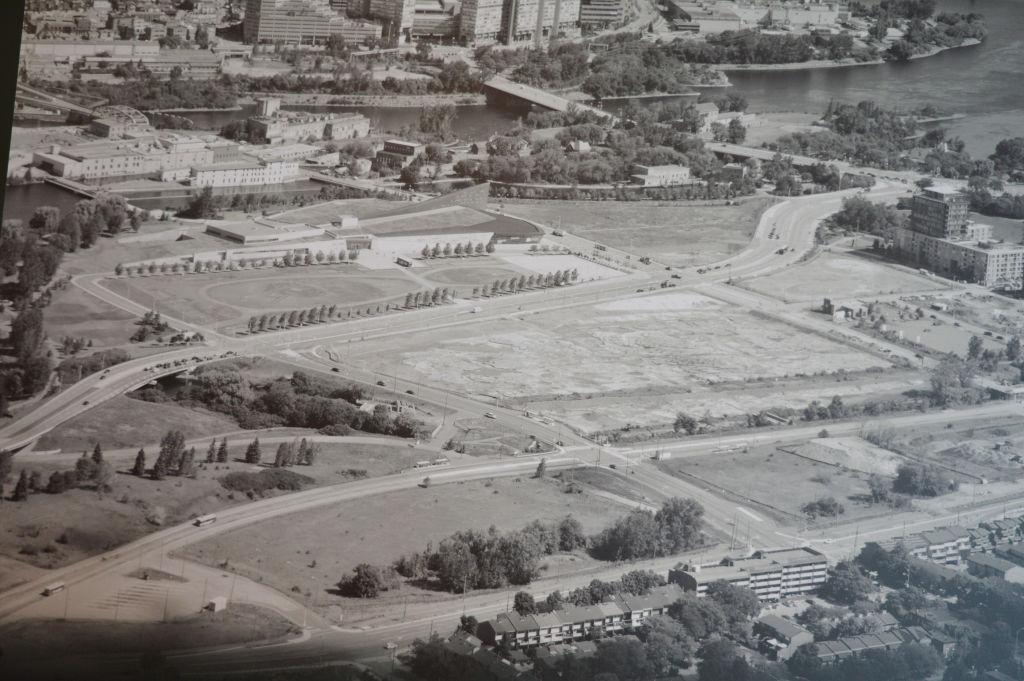 As a thriving lumber district, the hardworking labourers – as most students can probably relate – tended to spend their nights frequenting the many taverns that populated the flats. In fact, one of the first businesses on the flats was a tavern erected in 1818, and the last building on the flats was also a tavern, the Duke House.

The two teams who have tendered proposals to redevelop LeBreton both imagine the return of a thriving community. Not only are they trying to revitalize an under-used parcel of land, but they are also trying to play a part in the revitalization of Ottawa’s image. Both groups think that this project can go a long way to doing just that.

“The kids don’t find this [city] as fun as it could be,” says Graham Bird, development manager for Rendezvous LeBreton – the group that includes Ottawa Senators owner Eugene Melnyk.

According to Bird, his group’s main focus was: “How do we create a more exciting place to live and you don’t need a car or license.”

“We’re trying to create a really cool, upper-west side for Ottawa,” Bird said.

Bird laments the loss of the original LeBreton community – a place in which he spent plenty of time growing up. “In the mid-sixties, they bulldozed LeBreton into the Ottawa River,” Bird says. “It was where all the rock ‘n’ roll happened, where all the fun happened.”

Both groups imagine a trendy neighbourhood emerging from the current barren landscape. A mix of condominiums, office space, cultural buildings, bars and – of course – a hockey arena are on offer from both groups.

Each proposal offers students plenty of places to have fun. Bird imagines an area where you can grab a beer at a bar or a coffee at a café beside the aquaduct.

Additionally, the fact that LeBreton sits right on the new LRT line makes it extremely accessible for students. “We’ve been talking to Gatineau about the Prince of Wales Bridge,” Bird says, referring to the former rail bridge spanning the Ottawa River.

This would connect Ottawa to Gatineau by rail, and with the eventual expansion of the LRT southwards, would give make the site extremely accessible to students on both sides of the river at all post-secondary institutions.

“Bayview and Scott would be our Yonge and Bloor,” Bird said.

The proposals also give opportunity to young professionals in the area. The LeBreton Reimagined group, led by DCDLS (which is led by Devcore) proposes several museums – including a media and automotive museum – for the site.

These fixtures, combined with the rest of the development, will provide plenty of job opportunities for young professionals.

Both groups are proposing a kind of city-within-a-city at LeBreton, a self-sustaining community reminiscent of the glory years of the flats.

Whether you’re a soon-to-be post-secondary student, or a soon-to-be-young professional, it’s an exciting time to live in Ottawa.