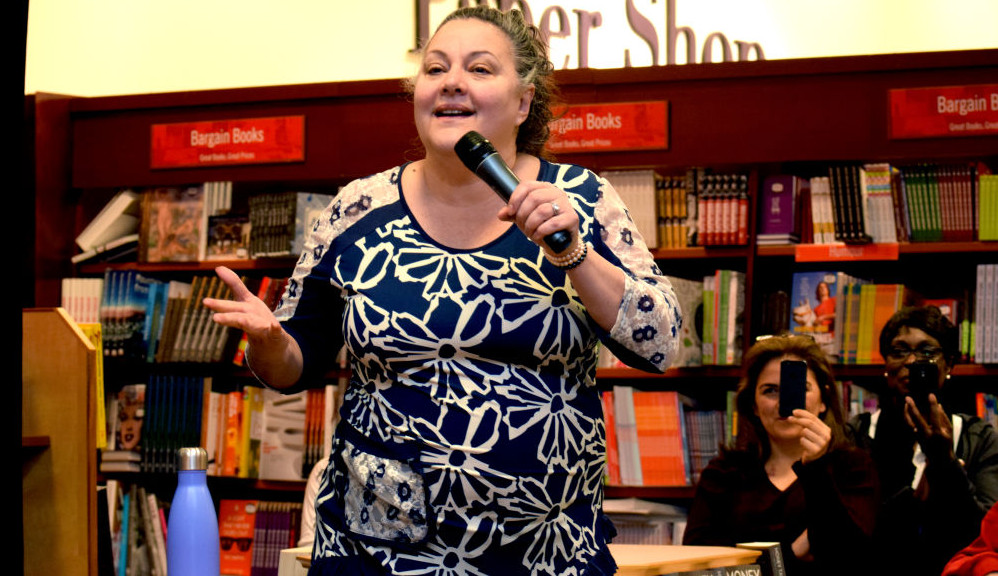 Gail Vaz-Oxlade gives her famous no-nonsense advice on money matters to a few hundred people in Chapters Rideau Monday, January 26. The host of TV’s Til Debt Do Us Part was in Ottawa promoting her new book.
Photo by: Cynthia Cee

Have you ever stayed up late, tossing and turning, losing sleep over your debt? If so, you’re not alone, says Jamaican-Canadian financial writer and television personality Gail Vaz-Oxlade.

Which is why a few hundred people showed up at Chapters on Rideau St. on Jan. 26 to hear the no-nonsense approach on money management from Vaz-Oxlade.

She hosts the television series Til Debt Do Us Part, Princess and, most recently, Money Moron.  She was in town to sign her new book, Money Talks: When to Say Yes and How to Say No.

In her book, Vaz-Oxlade states that money is a medium of exchange – that’s all. It’s what we use to complete our transactions. So according to her, money isn’t the problem: We are the problem.

How we behave with money, what we do with our money and how we communicate about that behaviour is at the root of most of the challenges we face with, and blame on money.

Here are the top five things Gail had to say about students and their relationship with money:

“So you have a job? Layoffs happen,” she says. “Make sure to have an emergency fund. Are you in over your head? Don’t let pride get in the way of asking for help.”

According to Vaz-Oxlade, once you get a job, treat your student debt like a mortgage. “If you get complacent, you could still be paying it off into your forties,” she says.

She recommends to keep living like a poor student for the first two years of your working life to pay it off quickly.

Students get a fixed amount from their loan provider once or twice a year. Not everyone is used to having that lump sum of money in their bank account all at once. Have a plan to make it last throughout the school year, she suggests.

Students sometimes get distracted with the short term gratification that comes from impulse spending. Before they know it, they’ve used up most of their budget.

In her book Money Talks she says, “spending money is easy. If you’re not keeping track of it, it disappears without a trace.”

“It’s time for us all to accept responsibility for how we choose to see and use money,” Gail states in Money Talks. “It’s time for us to make it clear to the people in our lives that if they respect us as much as we respect them, they will not ask us to do things that go against our core values. And they will not ask us to put ourselves in harm’s way – financially or emotionally – to save them.”