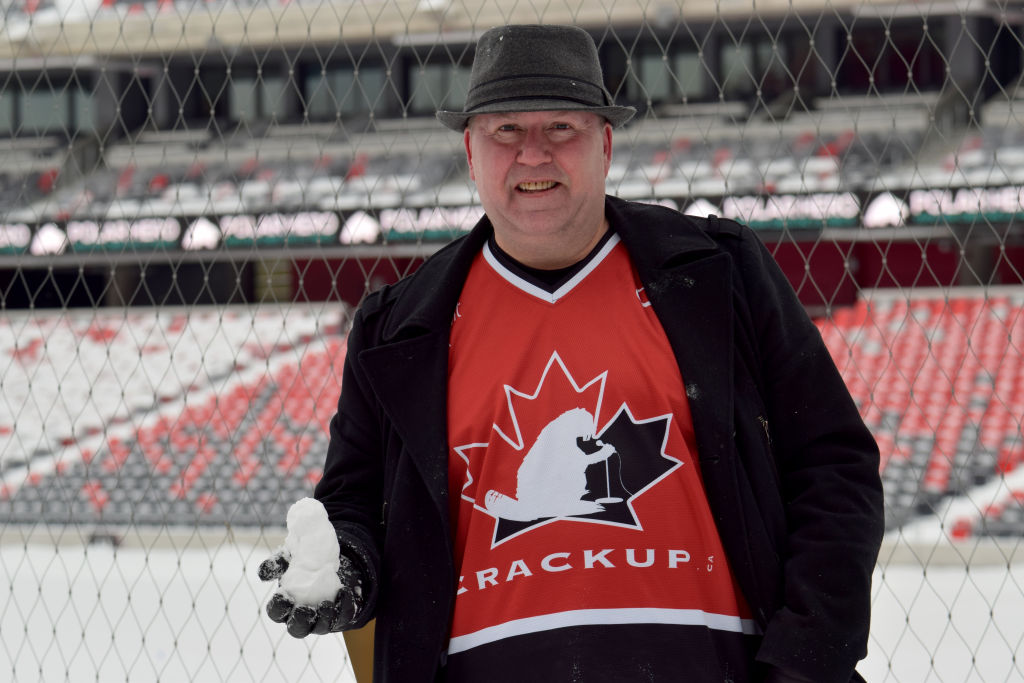 “There’s twelve minutes left on the clock!” shouted Cheryl Coull, friend, architect and fellow snowman-builder. We dug at the bottom of our snowmen until we exposed earth, cinching the three-foot height requirement for them to count towards breaking the Guinness World record for most snowmen built in one hour.

It’s all part of Ottawa’s Cracking up the Capital – a week-long festival of comedy and fun activities to do in the winter, in order to benefit mental health.

“I chose snowman building as an event, because I couldn’t get anybody to cover me for liability for the world’s largest snowball fight!” says John Helmkay, president of Cracking-up the Capital comedy festival. “Years ago, I thought it’d be fun to break that world record. It’s currently held by someone in Seattle. I thought it’d be fun to hold a snowball fight over the canal during Winterlude – it’d be a great visual but nobody wanted to do that. So I found something a little friendlier, the snowmen.”

“There’s a lot of competition between us and Japan on this thing, so this year we set a target to try and set a new record based on building 3,000 snowmen,” Helmkay says. “If we get the right snow, we can do it”.

Helmkay says the idea of some kind of outdoor event came about when they were looking for something to tie in to their partnership with Winterlude – doing something winter-themed, as well as an opportunity to do something that has a nice fundraising link.

“All of our charity partners put together teams and people joined teams to build snowmen” Helmkay adds. “It fills a lot of opportunities for us in terms of promotion for the comedy festival and the partners in terms of raising funds and awareness for them.”

“We’re expecting that and more this year,” Helmkay says. “If we had 1,500 people show up we’d only have to build two snowmen each to break the record.”

The festival starts this Sunday, January 31 with the world record attempt and ends on February 6.