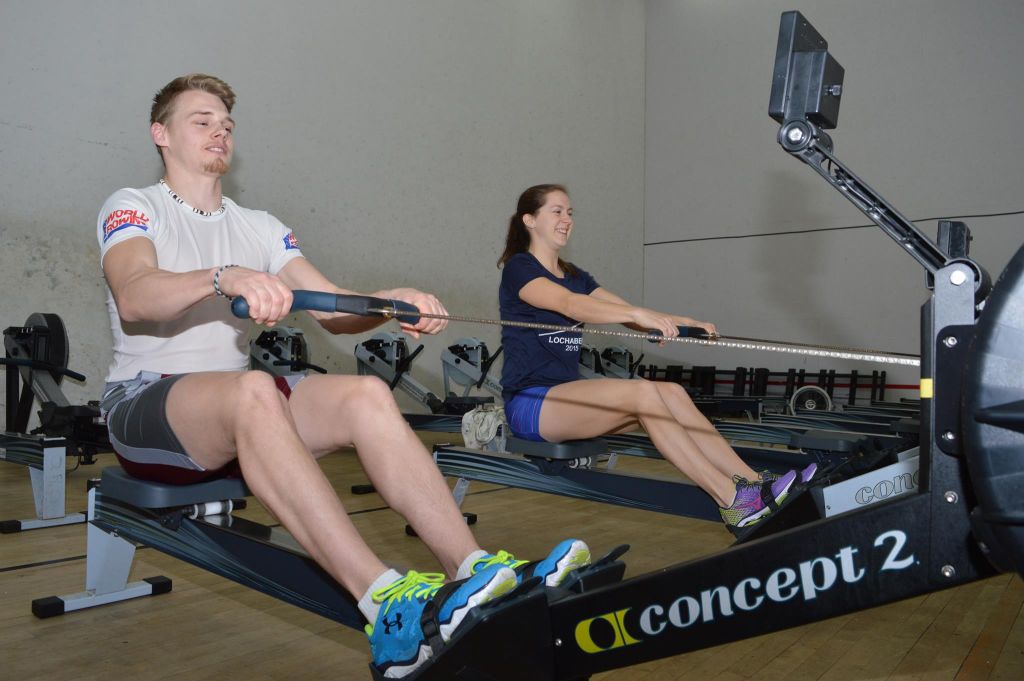 With part of the Rideau Canal finally frozen enough to skate on, people are lacing up their skates and grabbing their hockey sticks.

But where are all of the summer sport enthusiasts?

For competitive rowing students, Mac Bruce-Fuoco, training is non-stop all year round. Every day is an opportunity to train, regardless the weather.

“The way I see it,” says Bruce-Fuoco. “An athlete has three choices. One- they just don’t do anything and take the winter off.”

This option is good for those who need to rest because of injury, or if they’re less serious about the sport.

“The second thing they do is some form of training, whether it be on the rowing machine or doing weights, or the both combined. Or the third option is they convert over to a different sport, like cross-country skiing,” says Bruce-Fuoco

Bruce-Fuoco , a University of Ottawa Health Sciences student, rowed with the university and joined the Ottawa Rowing Club. He was first introduced to the sport at his high school and started his career about six years ago.

Gorsline is a past competitive rower and has been coaching the sport for about 10 years. She graduated from McGill University and now teaches at Elizabeth Wyn Wood Alternative School.

“It’s not just about keeping fit, but building fitness,” says Gorsline. “It takes a lot of time and a lot of internal motivation. In Ottawa, we have a very long winter compared to a lot of other places we compete against rowing. There’s a little bit of a disadvantage there. ”

According to Bruce-Fuoco, during the summer season he’s used to training up to 20-25 kms each time he’s on the water with the Ottawa Rowing Club, which is equivalent to training for a half marathon every day. He feels it’s difficult to uphold that amount of fitness year-round.

Bruce-Fuoco was thankful to meet his girlfriend Alyssa Pastic through rowing.

Pastic, a Biology graduate at Carleton University and a current student at the University of Ottawa, got into rowing three years ago. She was convinced by a group of friends to join their team as the last member. Pastic is the only one who continued to row.

“I fractured a rib, and I think I pulled some muscles,” says Pastic.

Training twice a day, she had an accelerated start. Being used to upper body work with competitive gymnastics for 18 years, Pastic’s body wasn’t prepared for the different style of training accompanied with rowing.

Aside from the hard work, Pastic’s favourite part about the sport is the team comradery aspect.

Even though early morning practices can start as early as 4:00 am, especially in the summer, Pastic enjoys them.

“You know everyone is going to be there, you’ll be in boats together, and you just get to push for each other. It’s really nice to be on the water in the morning- you get to see the sunrise.”