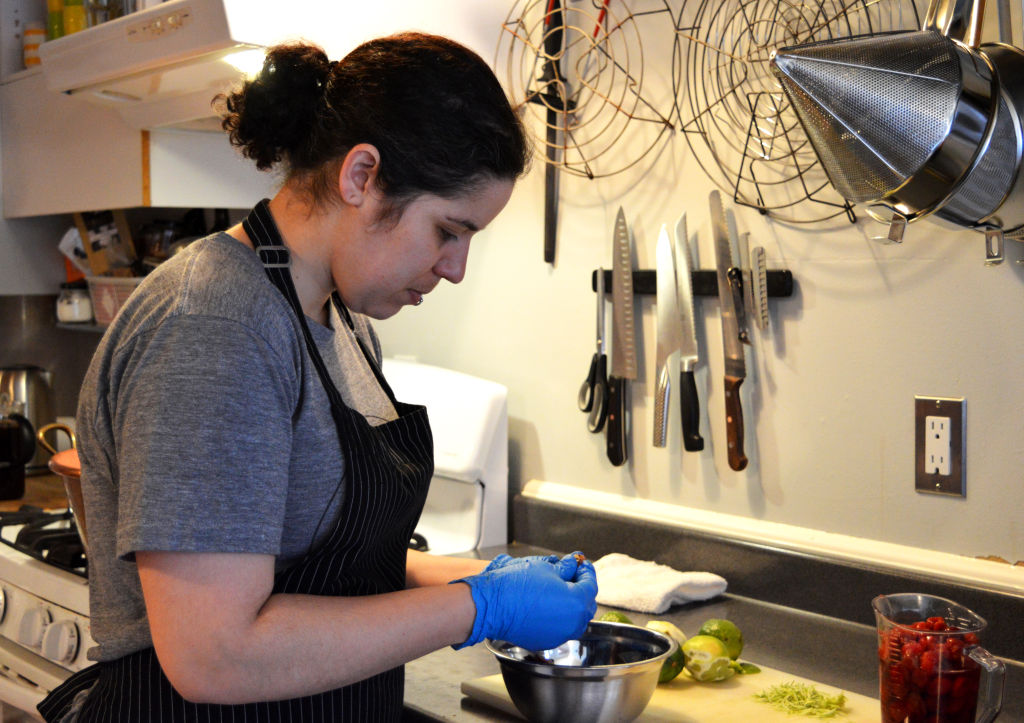 Sara Pishva has had the same roll of plastic wrap since she started Top Shelf Preserves three years ago. Her recycling pile is sometimes as tall as she is, and she only fills one garbage can every two weeks. Yet as Pishva herself admits, none of this happened on purpose. It is simply the nature of her craft – one which has historically been frugal and economical.

Many of Pishva’s preserving recipes can be traced back to her family’s heritage in the Maritimes. Her pickled beets are a five-generation recipe that she’s tweaked to make her own. She experiments with different ways to blend traditional methods with newer food trends.

Before starting up in May 2013, Pishva had already worked in the food industry for many years. She was bored of the repetition and the daily grind. 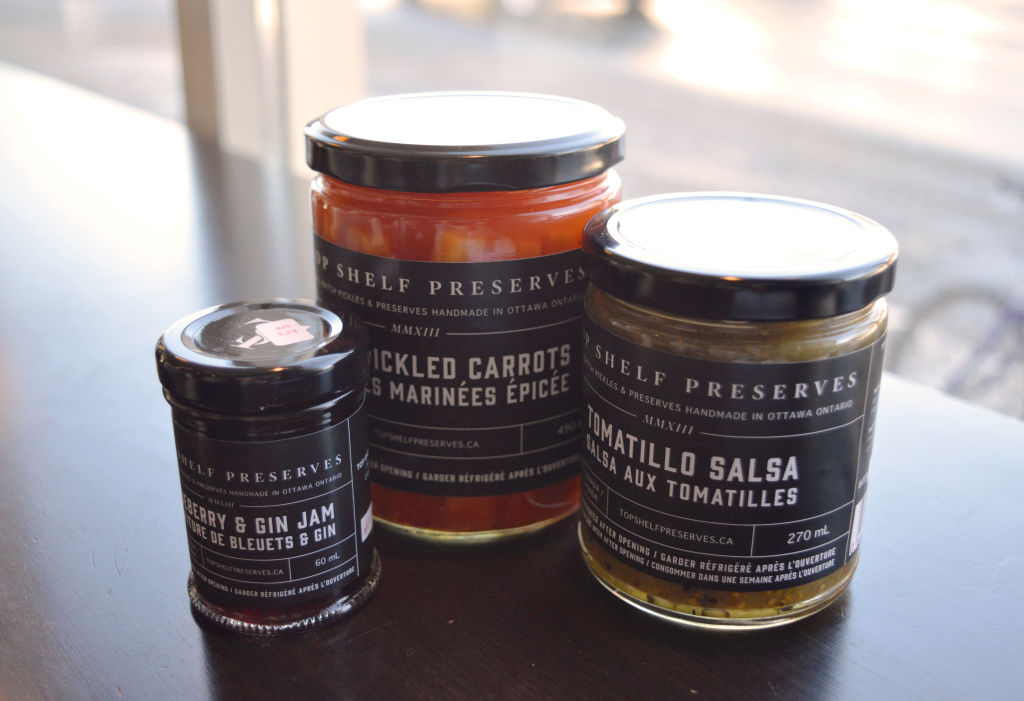 “I really wanted a change,” she says. “Preserving is not a big skill that a lot of cooks have.” She used this to her advantage, creating her own unique brand of jams, pickles and chutneys. In doing so, she discovered an almost uncontested piece of turf in Ottawa’s crowded food industry.

Today, Top Shelf Preserves is her full-time job. Pishva has her own storefront with a 260 sq. ft. kitchen, and last summer she expanded to include a part-time employee. Her products are found in over a dozen locations all over Ottawa.

With an almost entirely culinary background, learning business tactics was a daunting challenge. But for Pishva, part of being an entrepreneur is just choosing to think that something is going to work out. “It’s kind of a blind optimism,” she explains. “That’s something I wish I had fully investigated before I started – the true cost of running a business.”

Pishva quickly learned how to market, bookkeep and budget. Some of it was trial and error. She also went to Invest Ottawa, an economic development agency, for free training and received advice from other business owners. She viewed the project like it was similar to going back to school. She learned how to run a business by actually doing it, and the process cost her about the same price that it would have if she’d gone to school.

“It’s a really cool feeling,” Pishva says. “But at the same time there’s this twin feeling that if something goes wrong it’s your fault. It’s terrible…I ran out of money a few times.”

Fortunately, her idea caught on. Her first customer was Goods Shop, a lifestyles/homeware shop on Dalhousie Street. The owner, Jessica Wilson-Frenken, started Goods Shop around the same time as Top Shelf Preserves.

Now, Pishva’s products are one of Wilson-Frenken’s top sellers. “It’s nice to see her work in all kinds of different stores in Ottawa,” she says.

Pishva’s next focus is making a profit. Sometime in the future, she wants to get a loan so she can hire a full-time cook.

“I think growing slowly is good.”