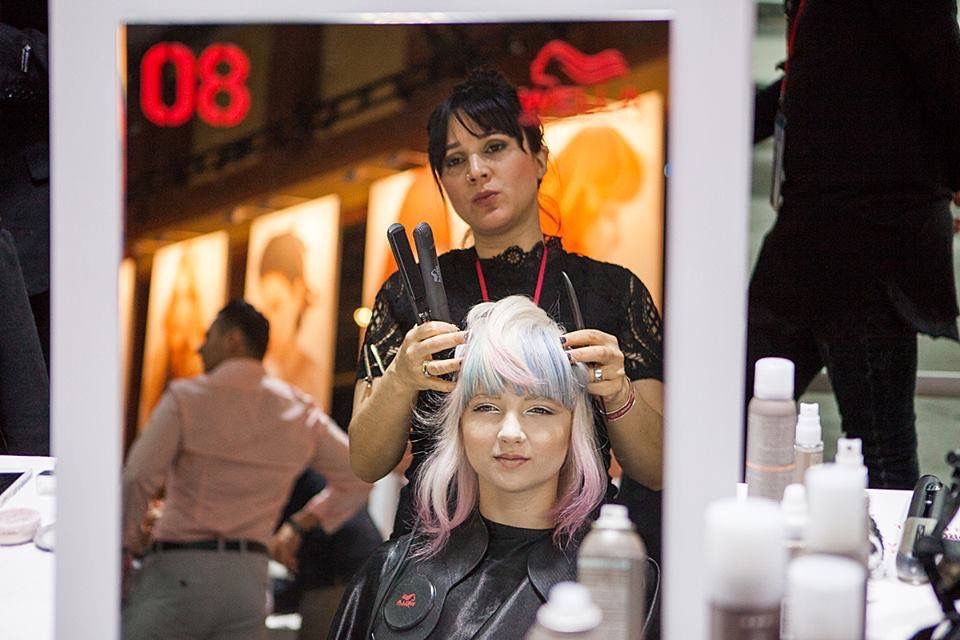 Ilona Garson’s 2015 was full of styling, competing, and in November traveling to Germany for the chance to win a TrendVision Award.

While running an Ottawa hair salon and styling hair at New York Fashion Week, Garson also won gold at the Wella TrendVision event and represented Canada at the international competition in Berlin. Yet it was just three and a half years ago that she left the salon she’d worked at for a decade to pursue her dreams.

Ilona and Brian Garson were on their honeymoon backpacking around Europe when they decided to open Jet Black Hair & Salon.  “I just wanted to create a salon that was fun for clients to come to and fun for my staff to come to,” says Garson, who has been in the industry for almost 15 years.

Neither Ilona nor Brian have a background in business, but drawing up a business plan, getting a loan, leasing a location and finally opening only took a year.

“We definitely try to remain very relevant and in touch with the community,” she says, explaining that Jet Black’s social media accounts only follow people in Ottawa.

As well as staying local, the Garson’s recently added a couple of apprentices to their staff, including Algonquin grad Marieah El-Tahrawy. She graduated a year ago and says working at Jet Black has helped her improve and learn new skills.

“Ilona and Brian are always encouraging us to enter hair competitions and do different photoshoots for our portfolios,” says El-Tahrawy. “Not only do they make us aware of upcoming events and hair competitions, but they help us find models, edit pictures, find inspiration.”

As for what’s in store for 2016, the Garson’s will start on a whole new adventure. Their first child is due in March and will make a small, but very significant, addition to the Jet Black family.