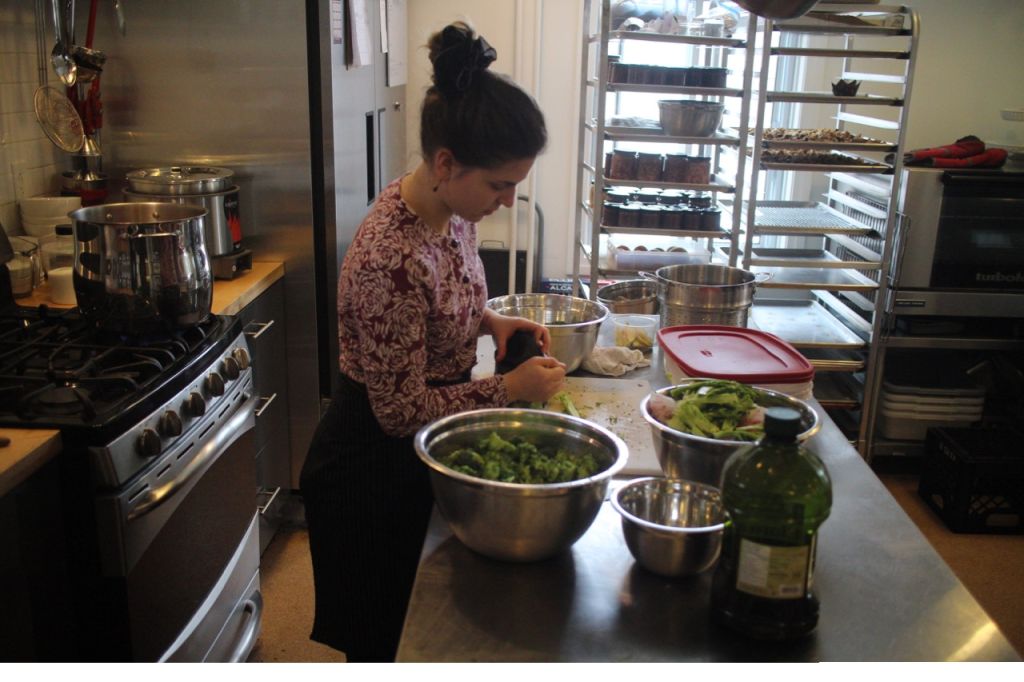 This summer, I moved two blocks away from a small café in Beechwood. Thought I could treat myself to a solitary break in my habit of staying away from tempting likes of sugar, bread and potatoes. That didn’t go well, as I have been enjoying the selection at Red Door Provisions most mornings since. 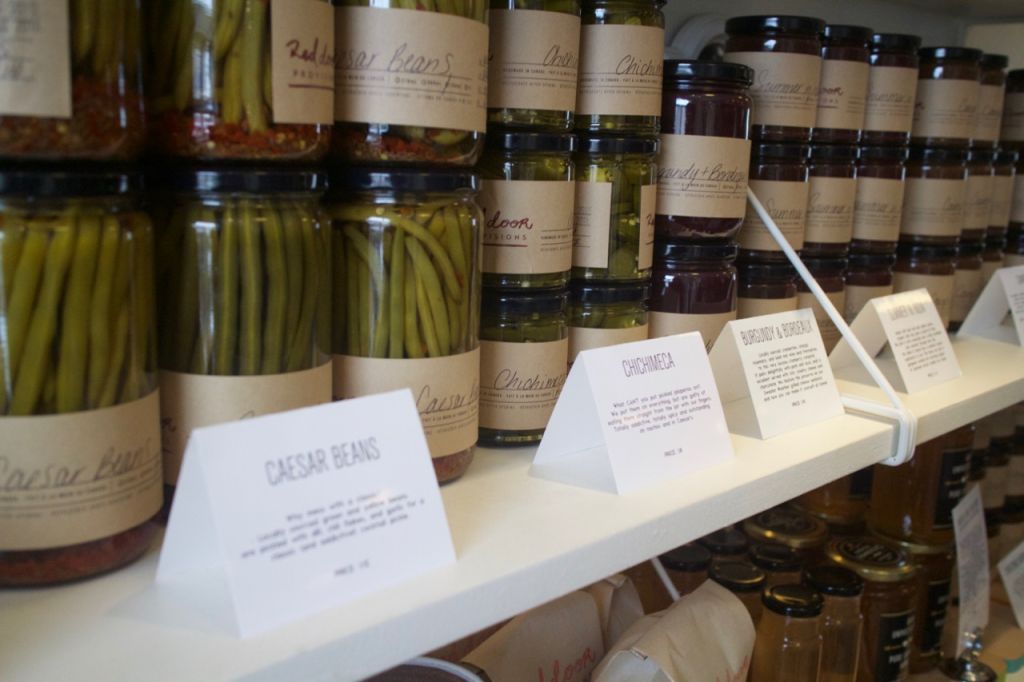 Nestled on the corner of Beechwood and Chapleau, the business has been operating since 2012, and the café was launched Oct. 2014. I’ve been charmed by their unique combination of offering good food and coffee alongside jams and spicy beans for caesars.  Their freshly made grilled sandwiches include the L’eau à la Bouch, with cheddar cheese, apple and honey dijon and, my favourite, the St. Zotique, with cheese curds, calabrese and honey sriracha spiked tomatoes.

Not just selling the end result, recently they held a session on the basics of pickling and creating your preserved food. Ten people learned about the steps it takes to create a delicious preserve.

Owner and entrepreneur, Lauren Power, helms the creation side of the business as chef. Taking her passion for preserves, she has built a café and shop around it.

“It started as a preserve business. We ran that in farmer’s markets and craft sales,” says Power. She says the café on Beechwood was going “really, really well.” 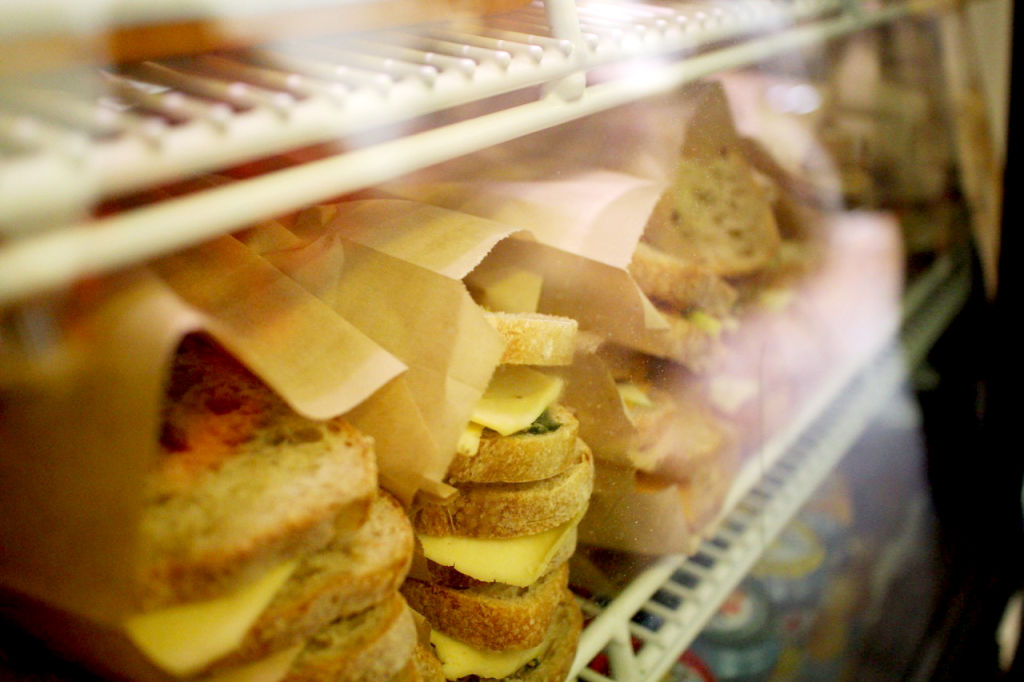 Sourcing locally has always been a priority.

“During the summer months we love working with farms,” says Power. “In the winter, we do what we can.”

Power had conceived the idea while working in Chelsea, Quebec. They aim to create preserves that reflect the season. Using ingredients sourced from local providers, examples of their selection include the Campfire Jam, which uses apple and brown sugar, and Seville & Single Malt Marmalade, using Seville orange and scotch.

“The seasonality that we push for at Red Door comes from the origins of the business,” says Power.  “Preserving has always been done seasonally, and it’s entirely seasonally motivated.”

Also notable is the merchandise on the shelves filled with jars. They showcase the cheerful mugs from Halifax’s Bread and Butter Pottery and soap and skincare from Ottawa’s Zoe’s Corner. They share the handmade feel that the rest of the café elicits. Supporting other local and farther enterprises has always been a goal for the pair. 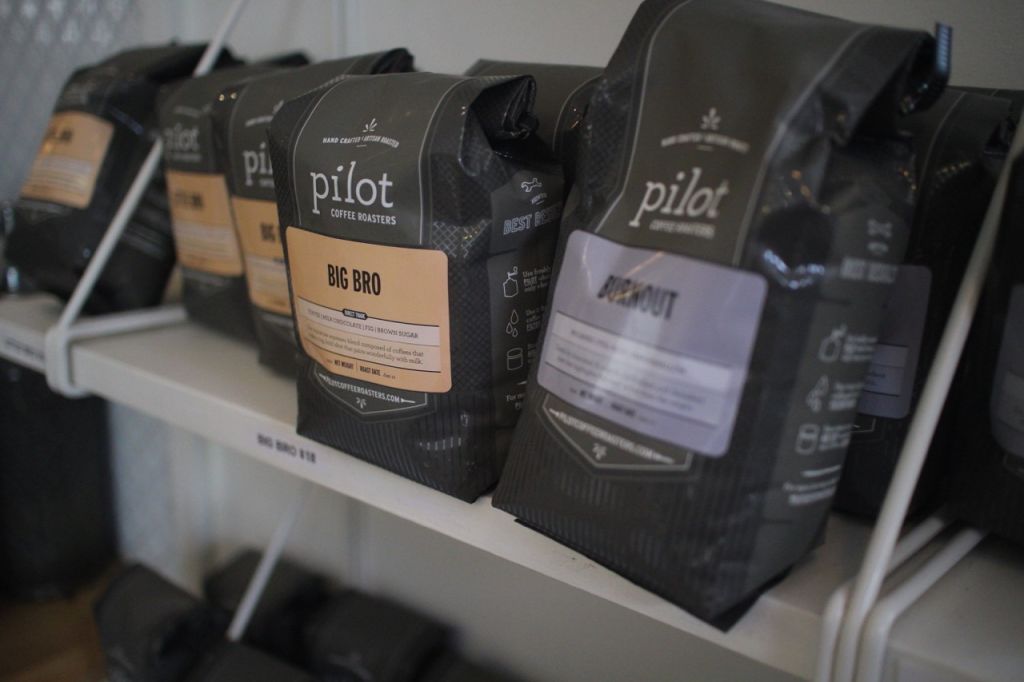 “Red Door Provisions was an amazing connection to make. They sell out of my liquid soap so often, we’ve had to double and now triple their order,” says Zoe Sztepa of Zoe’s Corner in a Facebook message. “What a wonderful city to be a part of.”