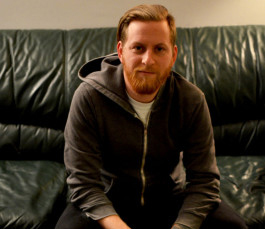 Local record label, Dwyer Records, is making a comeback after a brief hiatus that occurred when one of its most business-saavy members departed last April.

Dwyer was born out of the currently disbanded post-metal project Alaskan, comprised of Gary Thibert, Cory Soural, and Scotty Rooney. The band brought attention to the Ottawa metal scene on an international level after several successful album releases and touring Europe, among other places.

Soural came up with the idea of creating their own record label, which was seen through by both Soural and Thibert. It coincided with the release of Alaskan’s demo tape in February of 2009. “We didn’t know how to go about getting a label to release our music, so we released it ourselves,” says Thibert.

However, it was not until the release of their well-received EP titled The Weak and the Wounded in 2010 that Dwyer decided to produce music for other musicians. Seeking to keep older audio mediums like cassette and vinyl alive, Thibert and Soural decided to release most music on cassette tapes, which are more affordable than vinyl. This allows the label to release albums from lesser known bands or international bands who might have a harder time distributing their music in Canada. 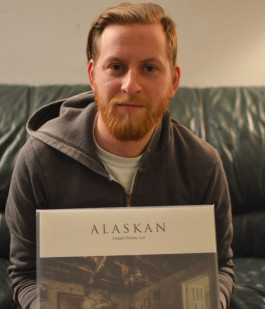 “It’s really nice to see a label that’s willing to take a chance on newer, local and experimental artists,” says Deniz Guvenc, a masters student at the University of Ottawa.

Guvenc has created artwork and graphic design for some of Dwyer’s releases, and collaborates with Thibert on a number of music projects including Stay Here and Sartre.

“I think that Gary has a really deep appreciation for creative and experimental music,” says Guvenc. “That might sound redundant for a label like Dwyer, but he really finds it valuable to push past his comfort zone and give a fair chance to something he isn’t already familiar with. He always seeks out innovative artists, and tries to approach new music honestly, without presuppositions.”

While the gentlemen at Dwyer may not be able to rely solely on the profits of their business, the company does churn out a small surplus. To fund Dwyer, Soural and Thibert either invest their own money, organize and play shows or sell merchandise. The business essentially pays for itself and then some. Regardless, making money has never been much of a concern for the label.
“The purpose is to explore new music, give exposure to independent musicians, and make the music accessible,” says Thibert.

Rooney, Alaskan’s drummer, eventually joined the label. He took it upon himself to delegate tasks and turned the label into a more taxing initiative than what it was. Rooney inevitably departed over irreconcilable differences, prompting Soural and Thibert to put the label aside for a while.

Very little was heard from Dwyer until last October, when they came out of the woodwork to help organize a show featuring KEN Mode and Life in Vacuum. While Soural and Thibert plan to keep their business going, they are still working on the label’s trajectory.

“It’s almost like were starting over again, which is nice,” says Thibert. “We may take a different approach in terms of being low-key and more selective with the music we produce to keep within our personal limits so it doesn’t become too daunting. The main thing is to still be really personal, keep the human element involved that bigger companies lack, and broaden the idea of our scene.”