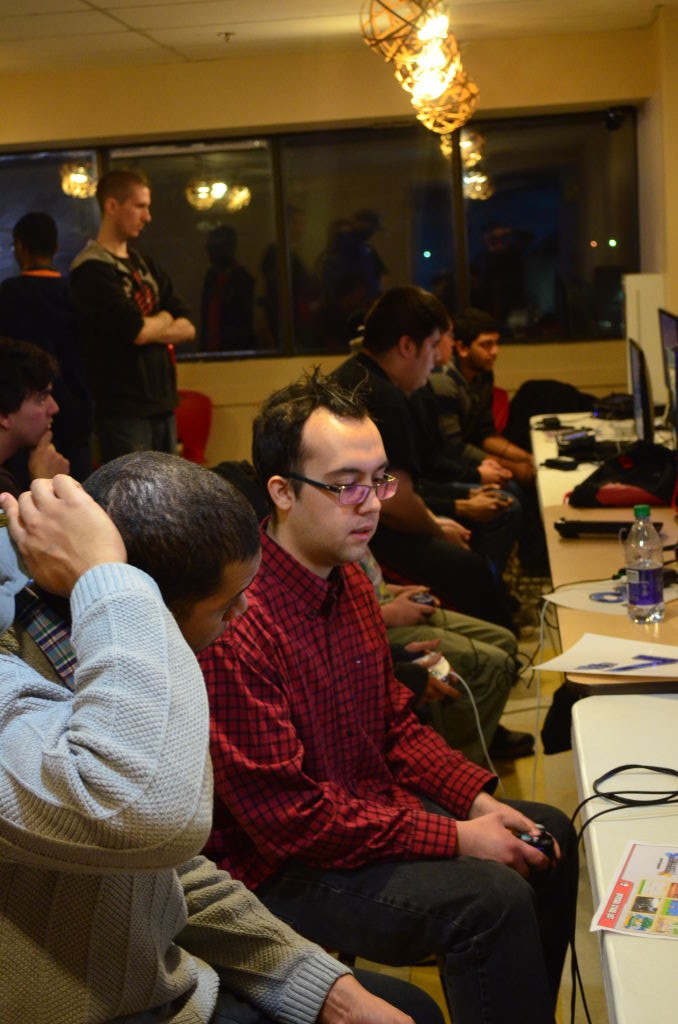 If you walk into almost any 20-somethings apartment or dorm room, chances are they will be playing Nintendo`s Super Smash Bros. 4. Aside from maintaining its popularity steadily since it launched in December 2014, it has taken on a new life in the world of E-Sports.

The Ottawa E-sports scene has taken off too, Smash included. After three iterations of the game, the Wii U exclusive has become a hit for competitive and casual players alike with weekly tournaments being held, first in basements and apartments and now at Fun Haven Family Centre.

“It started out really grass roots, early tournaments were in Mike’s apartment and we’d have to fit 20-30 people in there with multiple Wii U’s and TV’s,” said Cameron Harding, better known by his Smash tag, Fogel. “Mike took over and they became a lot more organized. There’s a Twitch stream and commentary now, and around 50 people come out every week now. With Brawl we never had more than 20.”

Mike Bosak and Myles Goldenberg took over the 613Smash scene after being competitive players with earlier games as well as Smash 4. The games had originated in his apartment, and expanded to an official weekly Smash event called, Monday Night Mayhem, which takes place at Fun Haven.

With the Monday events growing in popularity, it is one of the few places to see; pre-teens, university and college students, and married people with children on the way all in one place to have fun and play a videogame.

“Despite the flaws of the tournament, I saw the community, I saw potential. Smash 4 had massive community interest and the game play was fresh, dynamic, and exciting,” said Mike Bosak. “I saw how many new players were entering the scene, trying out the game, and competitive gaming, for the very first time. I remember how amazing my first competitive Smash experience was, and wanted to make sure that newcomers to the scene got an amazing first time experience.”

613Smash even held its own big tournament over the summer called, Capital City Smash, and event that saw people from Montreal and Toronto, competing alongside some of the best in Canada who compete professionally in the United States.

It even has started to gain fame online, with over 500 members in the Facebook group and being a top post on the Smash Bros, subreddit; which has almost 200 000 subscribers.

While students can play in tournaments organized on campus, many are still flocking to Monday Night Mayhem every week in hopes of getting their own trading card and to make another experience in the growing Ottawa Smash community.