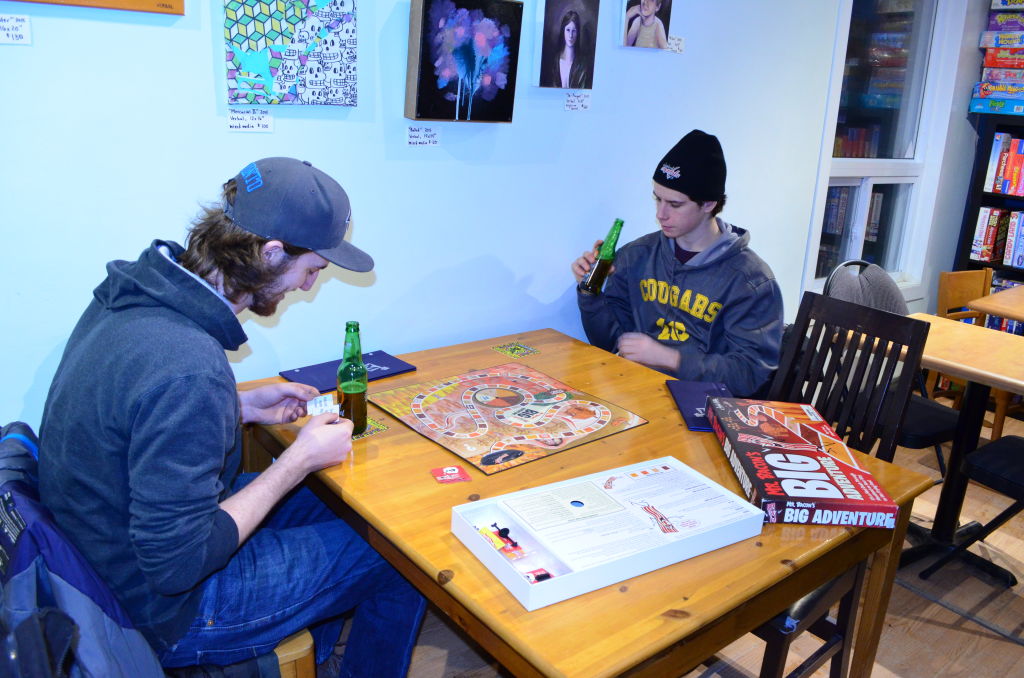 Board games with friend are a time-honored tradition that was synonymous with a stay-at-home type of night. But for the last two years, that hasn’t been the only option in Ottawa.

Game bars have risen steadily in popularity over the last five years, giving guests the option of beer, specialty drinks and finger foods, along with nearly a thousand different games they can play with friends and family.

Monopolatte was the first to bring the trend to Ottawa two and a half years ago, after gaining inspiration from Toronto based, Snakes and Lattes. The aptly-named board game café has been a resounding success; their tables are filled easily and guests at the busy hours usually expect an hour wait.

Even with their current popularity, people passing by will look in and immediately find a new way to have their time well wasted.

“We had someone come into to install a paper towel dispenser and he looked around for a while and as he was leaving said that he would be coming back with his family,” said Anthony Mccanny, Monopolatte’s manager.

Videogames have now found their way into the restaurant game as well. With the Blurry Pixel now open downtown, friends can choose from games dating back to the early 90’s or the newest Call of Duty to play, while ordering beer and eating nachos.

Places like these have continued to innovate, hosting weekly events or tournaments for certain games, such as Stop Drop and Roll Play, Hearthstone Nights, another extremely popular game with the competitive community.

“It’s pretty cool, you get to try some pretty unique drinks and board games you couldn’t even imagine existing,” said Riley Sauvé, a patron at Monopolatte. “You can look around with no game in mind and play dozens of unique and different games throughout the day for like $4.”