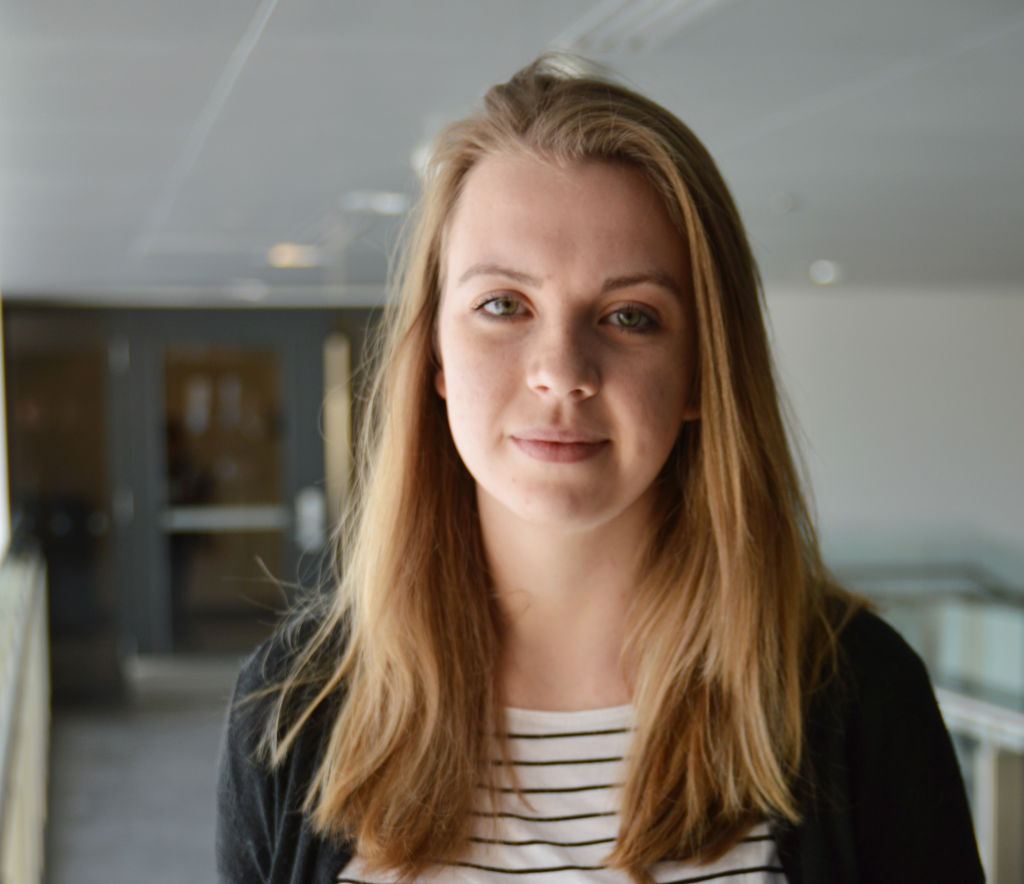 Samantha Mckay is a Carleton journalism student. She, like everyone else in the industry, is sceptical of the future of print media.
Photo by: Michael Conor McCarthy

Ten or so people filed into a boardroom alongside then Ottawa Sun reporter Chris Hofley and editor-in-chief, Keith Bonnell, who walked in after them. His expression was enough; they knew what had happened.

With layoffs of 90 people across the country on January 19, Canadian print journalism is looking slimmer than ever, and journalism students in Ottawa are searching the industry for other chances for employment.

After PostMedia, which owns many outlets including the Ottawa Citizen, bought Sun Media in April 2015, rumours surfaced around newsrooms that there would be cuts to staffing.

Hofley was one of the Sun employees that were let go. He had been working with them for close to four years.

“Obviously, it’s been a disappointing day for a lot of people, but definitely not a surprise,” he says.

Samantha McKay is a journalism student at Carleton University and works as the features editor for Carleton’s newspaper, the Charlatan. She plans on graduating this spring.

She had also planned to intern at the Edmonton Journal this February under editor-in-chief Stephanie Coombs. Coombs was one of the people laid off.

She says the terms of her internship won’t be affected in the end but for about a day the question of how the cuts would affect the internship was left up in the air.

This feeling is something that pervades the discussion of employment for all print journalists.

Both McKay and fellow Carleton journalism student Erica Giancola also say they’re mentally preparing themselves to work in a different field.
Giancola says she went into the journalism program to become a broadcast journalist, and hearing about the cuts to print jobs that come by every few months reinforces that feeling.

Hofley, for his part, says he has a few ideas for job prospects, but that he’ll be taking about a week off before starting his job search.

“You just have to be willing to adapt,” he says about the jobs climate.

A knack for adaptability comes in handy for journalists. Just last month the Ottawa Sun moved their headquarters into the Citizen’s building.

Hofley wasn’t affected too much by the move – he says that he doesn’t spend too much time in the office anyway – but the office is still where you see your coworkers, where you form the bonds that sometimes keep you going when every other part of the job is dragging you down.

After Hofley and his team had received the final news, they went to a nearby bar, had a beer together, and that was it.