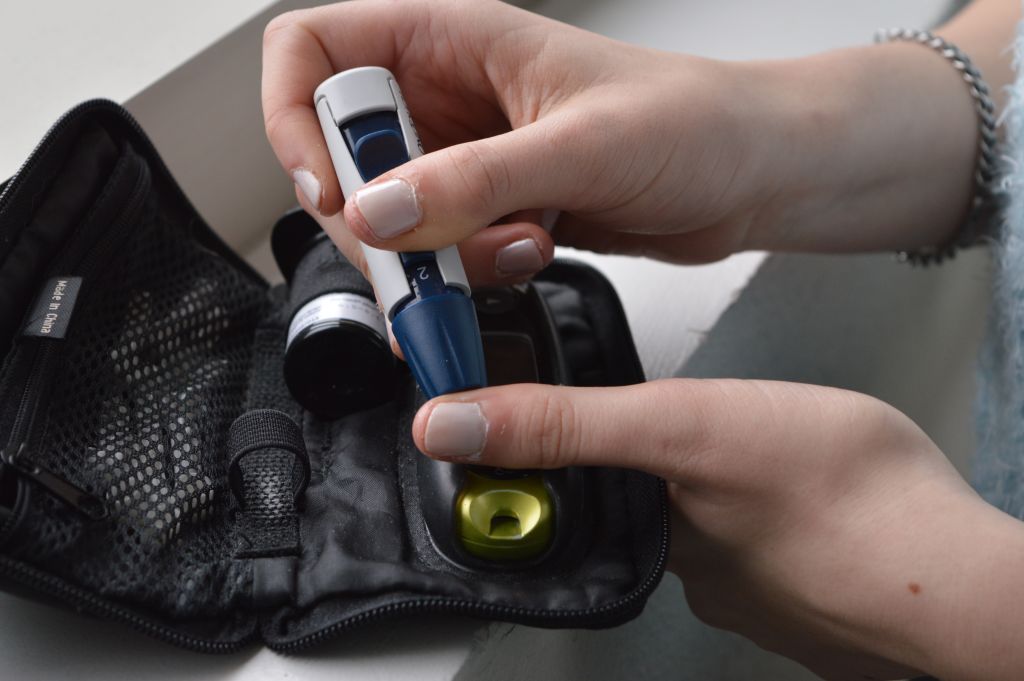 Imagine waking up in the morning with a dry sugary taste in your mouth. Your limbs ache, your eyes are sore and an overwhelming force of gravity is gluing you to your bed. You peel your weak body off of your mattress because the urge to urinate and drink all of the water that you can find compels you.

You also know that you need to study.

Exam season is a stressful time for students, but it is especially hard for the students that are living with type one diabetes like me.

Type one diabetes is an autoimmune disease in which the pancreas does not produce insulin on its own.

Insulin is a hormone that creates energy from the food you eat and it controls your blood sugar levels. Type one diabetics need to inject themselves with insulin in order for their bodies to properly control the sugar level in the blood and metabolize food.

Without injectable insulin, type one diabetics would not survive.

When your blood sugar is too high, known as hyperglycemia, it’s common that you feel tired, nauseous, irritable and generally unwell. When your blood sugar is too low, known as hypoglycemia, feeling weak, shaky, confused, and hungry is common. The range in which these symptoms are felt is dependent on the individual, but it’s typically very volatile.

I have been living with this disease for almost nine years.

On a normal college school day, I wake up feeling horrible from the ups and downs of my blood sugar, which is something that many type ones struggle with. I test my sugar every morning, and administer myself with two injections of insulin based on what I anticipate to eat for breakfast, any exercise I plan to do, and how I’m feeling.

I give myself an average of six needles a day and I never truly know what my blood sugar levels will be. I have to constantly check my levels with a finger poke and my glucometer. Counting carbohydrates and exercising can help regulate glucose levels and strategize how much insulin to take.

But for the most part, it is a constant guessing game.

When it’s exam time, the guessing game becomes so much harder.

Ashley Bell, 22, a fourth year Health Sciences student at the University of Ottawa agrees that exams really change normal blood sugar levels. She has been a type one diabetic since her eighth birthday.

“Because of University, your schedule isn’t the same every day. That makes it harder, but exams are the worst.”

Bell recently wrote a paper on the research behind type one diabetics transitioning from pediatric care to adult care. She noticed that during this transition, there is often a spike in diabetic’s average blood sugar levels. This usually occurs when young adults move out to start a job or school.

Before her exams, Bell wakes up about two hours prior. She tests her sugar level and adjusts her insulin to try and gauge a reading that is in target range.

Bell believes her overall control of her levels is good, but sometimes they can be unpredictable. She takes a juice box with her everywhere she goes, just in case.

“If your glucose isn’t in a certain range, it does effect your mental capacity,” said Bell. “If mine is low, I literally can’t do anything. Mentally, I am gone.”

If Bell’s sugar is out of range for the more tedious exams that require a lot of thinking, like Chemistry, she cannot write them.

Shayla Seguin, 19, attended Carleton University in Criminology last year but decided to take a year off to improve her health and pursue a different career.

Seguin did not feel well during her first year of university, mentally or physically.

She lived in residence and was sick a lot. She made poor lifestyle choices when it came to snacking, not sleeping, and drinking alcohol frequently. She started to take antidepressants.

“I was eager in school and I was doing well, but my diabetes really knocked me down,” said Seguin.

Seguin didn’t take advantage of any of the health services offered at Carleton, much like Bell didn’t at the University of Ottawa and myself at Algonquin College.

“No one understands,” said Seguin. “You want to be normal and fit in- you don’t want this shitty disease. It’s a real pain in the ass. You have so much more to do in a day than a regular person, and it’s mentally and physically exhausting.”

Bell personally feels she doesn’t take advantage of the services offered because she wants to do the same thing as normal people and doesn’t want to be stigmatized by her disease.

I have the same feelings.

It’s challenging as a type one diabetic to balance the feeling of not wanting extra help when it would be beneficial, especially because of the extra challenges we face. Taking advantage of services offered is something to think about for people with various diseases, but if they choose not to take that extra step of help, it’s always nice to acknowledge what they’re going through.