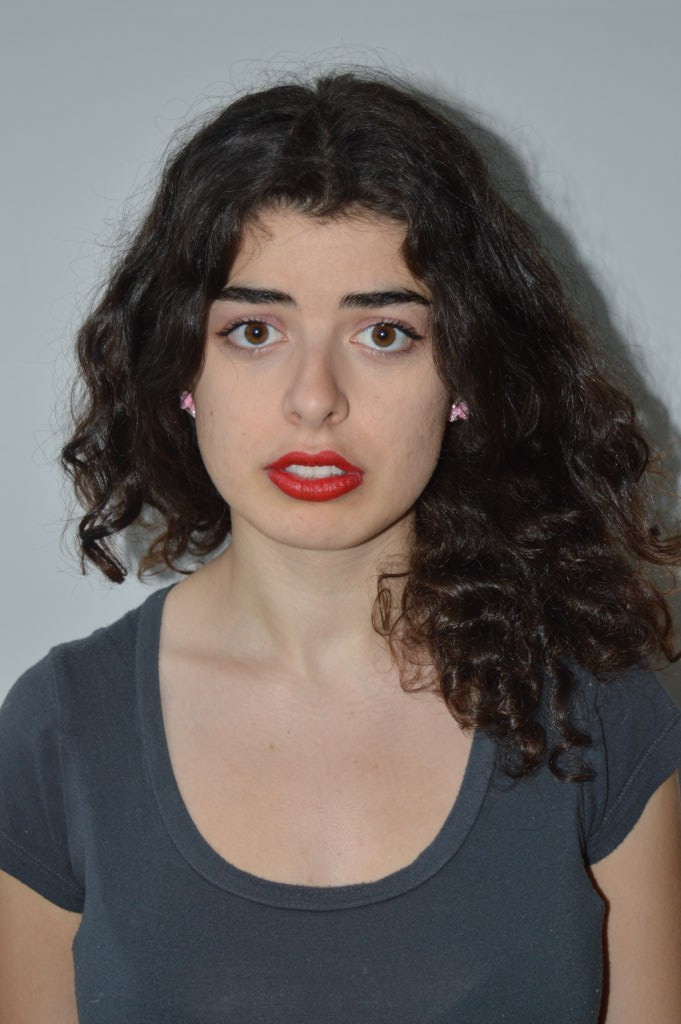 It’s Feb. 1, 2015. The more I look at my real face the more bored and self-conscious I become. I keep glaring at my reflection in the mirror. “Alright, now what,” I say to myself, trying to think of ways to waste the 20 minutes I usually spend doing my makeup after I brush my teeth.

I start looking for ways to compensate for the blank canvas that is my face: earrings, necklaces, a hat, fake glasses and even lip balm with a little bit of sparkles in it. Eventually I’m covered in accessories. I start to feel better.

I decided to take a month off of makeup – I chose February because it’s the shortest – to see why it’s such a big part of my identity and how my natural face affects my ability to accomplish my goals. I also talked to other women who interact with cosmetics on the regular such as an actress, a makeup artist and an esthetician student, to find out why so many of us are uncomfortable with how we really look.

Right off the bat, one of the biggest hurdles in this experiment as a journalism student was when I covered a red carpet event Feb. 5. It was for the live taping of the This Hour Has 22 Minutes anniversary episode in Ottawa.

I felt unprofessional showing up to interview actors and politicians plain-faced and bedazzled with my unnecessary accessories. Interactions were short, but it probably had more to do with my lack of confidence than their inability to get past my real face.

Interview with a funny girl

Susan Kent, a comedian on the show, extended her interview with me to talk about how makeup has affected her life and career.

“Throughout most of my life I used makeup because I never felt like a true beauty,” said Kent. “Then I was like ‘Fuck it’.”

Kent said that working in comedy has been liberating, since being funny is more important than looking beautiful. Kent thinks she’s lucky that half the time her characters are men so she doesn’t have to think about her appearance for a few minutes.

“You will realize how much more you’ll love yourself,” said Kent to me after I told her about my experiment.

But I’m just a regular woman. I’m sure as soon as I make it as famous comedian I’ll love myself a whole lot more without lipstick.

Chit-chat with an insecurities cover up expert

Makeup artist for Caryl Baker Visage, Maya Kaaki, deals with the heavy task of correcting regular women’s insecurities on the regular. When women come into her store at St. Laurent Centre, Kaaki asks them what they like about themselves and what they dislike.

“They always answer what do you dislike faster, and often before, what they do like,” said Kaaki.

Kaaki said the media teaches women that they always need to be flawless. Social media sites such as Instagram also contribute to the problem because they provide easy to use editing tools allowing anyone to quickly alter their pictures before they hit the net.

“Everything is touched up with filters and Photoshop, so there are no natural looks,” said Kaaki. “It really messes with people’s perceptions of themselves.”

I can attest to that; with a little mascara on my eyelashes I’m under the impression that I’m a whole other woman.

Talks with a make-up lover over brunch

My friend Marie Evrard is taking a break from her nursing degree to study esthetics at Versailles Academy. Her passion for the beauty industry has momentarily surpassed her love for money. She shares my view on makeup’s power over our self-perception.

“I like how it makes me feel on the inside. It’s like a surgical procedure for free, you can lift and change the appearance,” said Evrard. “Besides, makeup is just makeup. If you make a mistake you can always fix it.”

Cheating in the Bahamas

I have a confession to make. I didn’t last the full 28 days’ makeup-free.

I went to the Bahamas for a week starting Feb. 15, and despite leaving all of my cosmetics back in Ottawa so I wouldn’t be tempted to wear anything, I got my hands on some of my cousin’s makeup after I met a guy at a hotel bar.

My cousin Montana and I would sneak into the five star hotels at night for free drinks and to meet handsome, young, rich guys to party with. That night we made friends with two blonde Dutch brothers.

I spent the whole night hanging out with the older one, and even though I didn’t wear any makeup, he followed me around like a puppy dog. I palmed my cousin’s makeup to wear the second night but the effects were the same. So I guess I broke my one month makeup-free vow for nothing.

Who would have thought that a guy would like me for who I am on the inside? Unfortunately for Dutch boy, he turned out to be a huge dork outside of the holiday so I stopped talking to him.

It’s March 1. I have my makeup back and boy did I miss it.

Last February, when I was still 21, I went a month makeup-free to see its effect on my ability to accomplish my goals and keep my confidence up. Seven months later I’m still in the same boat. I know I should probably have grown from the experience. But when I need to be my best self I crave that extra boost to my looks to keep me feeling good.

A lot of other women still feel this way too. It’s still a problem and it will probably rule most women lives until we’re all too old and senile to be aware of our own appearances.