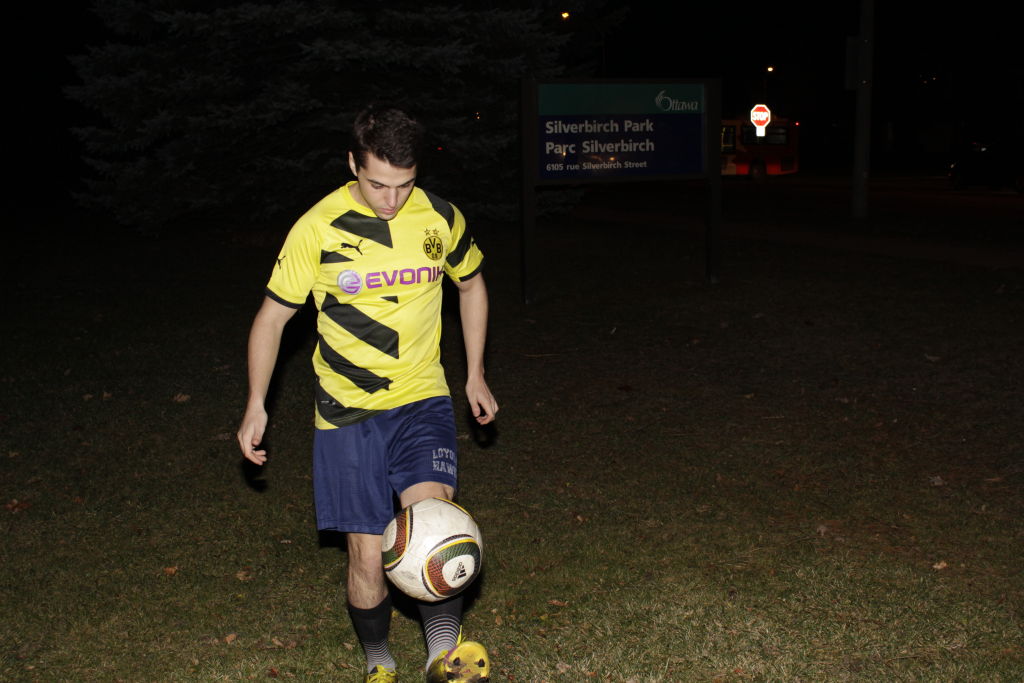 Many young athletes decide to call it a quits to focus on school, but for some the love of the game keeps them coming back.

Stephanie Sapienza has been playing soccer since she was a little girl. The sport has taken her all over Europe with stops in Spain and Germany before playing last season with the Carleton Ravens.

However, soccer wasn’t Sapienza’s only activity when she was growing up.

“When I was young my parents gave me the opportunity to try any sport I wanted,” says Sapienza. “I grew up playing basketball at the provincial level. I played soccer, tennis, I did dance, so I grew up doing a lot of sport.”

Sapienza’s soccer talent is what ultimately led to her choosing the sport over all of the others she played.

“Soccer just seemed to be the sport I excelled at the quickest,” says Sapienza. “It was just something that I was enjoying. I’m still friends with the group of girls I grew up playing with and we’ll play together here and there.”

For Sapienza, even after coming home from Europe to focus on her studies, she knew that she would have to find a place to play.

“Not playing is difficult,” said Sapienza. “Even when I wasn’t playing at Carleton I’d just play at the RA Centre in women’s leagues.

“It’s just something that you need to have,” Sapienza said. “It’s a thing that keeps you sane. It’s your getaway from reality.”

Another life-long soccer player is University of Ottawa student Eric Pereira. Unlike Sapienza, Pereira’s first love has been soccer ever since he was a little boy.

“I started about 20 years ago,” says Pereira. “My dad played and my parents have always been into it so that was kind of the first thing that got me into it and it just clicked and I’ve been into it ever since.”

Pereira says his earliest soccer memories were being coached by his father.

“He was my coach when I first started,” says Pereira. I remember his always being around and teaching me hot to play and always being there for practices and games.

Pereira moved on to have a successful youth career, playing at the provincial level for many years.

“I was playing with the 100 best kids in the province at the time,” says Pereira. I practiced and played against players who played on the provincial team and the junior national team.”

“I play intramurals now and I’m doing that with people from my program,” says Pereira. “I’m also still playing for a competitive team here in the city. I love the game so I never want to stop playing.”