When kicker Brett Maher sent the ball through the air on July 18, officially kicking off the Ottawa RedBlacks season at the new TD Stadium at Lansdowne Park, there was no sigh of relief for Jeff Hunt.

“Initially I was nervous,” said Hunt, RedBlacks owner. “You’re opening a stadium. You want everything to go well. You hope nothing breaks down, no unwanted surprises. Then when we finally won the game in the last second, it was a moment of complete celebration.”

The team’s home opener win over the Toronto Argonauts was a storybook moment almost seven years in the making for Hunt and the Ottawa Sports and Entertainment Group (OSEG). When the ownership group was formed back in 2007 by local businessmen: Roger Greenberg, John Ruddy, John Pugh, William Shenkman and Hunt, the goal was clear. Bring CFL football back to Ottawa.

What sounded like a simple goal for our nation’s capital was anything but. The city of Ottawa had been the home of CFL franchises twice before. Both teams folded operations.

“That was the biggest obstacle we had to overcome,” said Hunt. “We had to have a plan to convince (the league) it was going to succeed this time, and having the new stadium was the centrepiece to that.”

The challenge of securing a new team and a stadium for them to play in was a massive one. But Hunt had a history of making big moves look easy.

Hunt was born in Stephenville, Newfoundland. The son of an RCMP officer, Hunt moved around the province a lot as a child. A Montreal Canadiens fan growing up, Hunt always had an interest in athletics. In 1983 he attended Memorial University of Newfoundland. After a year there, his father (then retired) moved the family to Ottawa where he began working for a carpet cleaning company.

“I was there six weeks,” Hunt recalled. “It was a new start up business and after six weeks, my brother and I felt like we knew the business and we were going to start our own, which we did.” 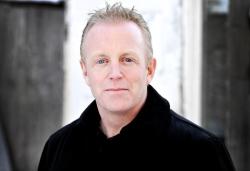 Jeff Hunt, 50, is the president of OSEG and was instrumental in bringing football back to Ottawa. (photo credit: Michelle Valberg)

Their new company Canway took off right away. After securing a licensing deal with Sears, Hunt began selling franchises across Canada. The company was featured in the Profit 100 (a list of the fastest growing companies in Canada) seven times. After selling franchises to over 200 locations, Sears made an offer to buy the company and Hunt took the money in search of a new opportunity.

“I always felt like the (carpet company) was going to be a means to an end. The big picture for me was always owning a sports team.  That’s what I always wanted. As I started getting closer and closer, my thoughts turned to what sports business I could get involved with after. When I sold the business I was 33 years old, I wasn’t ready to retire. I began to ask around, I knew one of the owners of the 67’s and I just wanted to go pick his brain. The next thing I know we found ourselves talking about buying the 67’s.”

The transition was not a difficult one for Hunt to make, marketing-wise. From primarily marketing carpet cleaning products towards women, Hunt began marketing entertainment towards families, which he noticed more often than not, mothers were the ones with the final say.

“There was a lot more similarities than differences between (marketing) the two, believe it or not,” said Hunt.

The team boasted a rich history, but its attendance numbers had dropped off. Hunt’s strong marketing background had an immediate impact on the franchise with attendance jumping from 2,286 to 5,141 in his first year and staying consistently over 8,000 for years after that.

“Jeff is an entrepreneur, he’s a guy with ideas. If you sit with Jeff for a while and he’s on a roll, you’re going to get tired,” said Randy Burgess, vice president of marketing and fan experience for OSEG. “He’s a mile a minute in terms of his thoughts and he’s got a lot of creativity… his creative energy is a bright light on the OSEG team.”

As the 67’s enjoyed success early and often throughout Hunt’s tenure, his new co-tenant at Lansdowne Park did not. The Ottawa Renegades began play at Frank Clair Stadium in 2002 and the team was losing money, fast. Initial attendance numbers had been inflated and reports say the team lost $10 million over the course of three years.

“I always say, there is many reasons why a business fails and many reasons a business succeeds. It’s never one major thing. I think in the case of the Renegades, a lot of the issues were related to the facility. The facility had just gotten too old, too dilapidated, too tired. It just wasn’t a great experience for people to come to Lansdowne Park,” said Hunt.

“You can’t just open up a business in any crappy location and expect it to work.”

The Renegades suspended operations in 2006. Shortly after, Hunt and the other partners of OSEG formed, with a plan to revitalize Lansdowne.

Given its rich history and central location, Hunt saw Lansdowne as the only real option for the stadium’s location. That meant the pitch to the city had to go perfectly.

OSEG presented its redevelopment plan to city council on Sept 2, 2009. The $300 million plan, almost half of which would be publicly funded, included: construction of two condominiums and townhouses, a shopping centre, an 18-acre park, refurbishing the Civic centre (home of the 67’s), and expansion of old Frank Clair to a 24,000 seat state-of-the-art stadium.

In November, city council approved the deal in principle, but groups would emerge who opposed the plan, beginning a three-year campaign before the redevelopment was fully approved.

“The challenge with Lansdowne is, it has always been a very polarizing site,” said Mayor Jim Watson. “There is a lot of division over what the future of Lansdowne should be. For every one person who likes an idea, there is another hundred that have a different idea.”

“There was a lot of back and forth and it’s a very big project that combines; residential, commercial, sports and recreation all together on a piece of land that’s right in the middle of the city,” added Watson.

“Friends of Lansdowne” was one of the major opposition groups, who issued a court challenge that the city acted in bad faith by sole-sourcing the deal. The challenge was rejected in June of 2011 and later appeals were also dismissed.

Throughout the lengthy process however, Hunt sometimes questioned if it was worth it. But ultimately the group never lost hope.

“We felt that this was a project that was important. The more we got down the road, the more invested we got, as we said ‘the more pregnant we became with the idea’ and we wanted to see it through to a successful outcome. The more money we invested the more committed we became.”

When final approval was granted, and construction began late in 2012, Hunt and his team could finally turn their focus to what they do best: bringing fans back to the stadium. 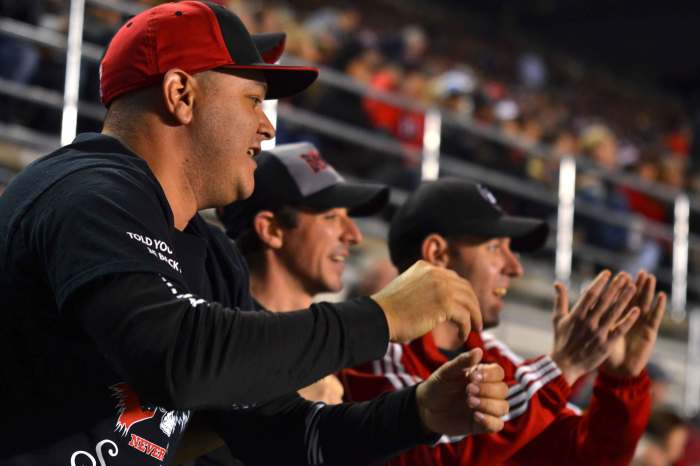 The RedBlacks sold out every one of their nine home games this year, finishing with an attendance on the year of over 218,000.

“You’re on a timetable to nurture the fan base,” said Burgess. “Reawakening the dormant CFL football fan base and inspiring a new fan base.”

The response was bigger than Burgess could have expected. The team sold 17,000 season tickets for the first season. That made up roughly 70 per cent of the stadium’s capacity.

Following an around-the-clock-effort construction of the stadium finished on schedule for the team’s home opener and first-ever win, an 18-17 defeat of Toronto.

The night was a complete success and served as a reminder to the league that football can work in Ottawa.

“I think any city is enhanced, enriched with vibrant sports teams in its vicinity and Ottawa’s no different. It brings the community together, it’s a great sense of community pride. It makes living in a city a more fun place to be. It’s a great source of self-esteem for a city,” said Hunt.

With the first season wrapped up, the RedBlacks did not enjoy much on-field success, finishing last in the nine team league. But in the stands, the team boasted sell-out crowds for every home game this year. Fans have braved rain, wind and low temperatures to experience the return of football in Ottawa. With a schedule of mostly Friday night games, the RedBlacks have become one of the biggest parties in town.

“Anytime I go to the stadium, it’s a very positive environment,” said Watson “It’s a beautiful facility, with a great backdrop of the Rideau Canal. I think they are here for the long run and I’m very pleased that they’ve done so well in terms of attendance. I think they are on the right track, the local owners are great partners to work with and I look forward to years of success at Lansdowne.”

The team will look to continue the momentum they’ve built up in the team’s inaugural season as GM Marcel Desjardins looks to improve the team on the field. Meanwhile Hunt, always looking for bigger opportunities, will turn his attention towards working with the City of Ottawa on a bid to host the 2017 Grey Cup, which will occur during Canada’s 150th anniversary.