The Ottawa International Motorcycle Show held its fifth annual event on Feb. 1 at the Ernst and Young Centre, the largest event venue in eastern Ontario.

The show was sponsored by Toronto-based Riders Plus Insurance and hosted a variety of exhibitors, bands, events and guest appearances aimed to attract motorcycle enthusiasts from all over Canada.

The event first kicked-off in January 2010 and has grown substantially over the last few years. In 2014, just four years and five shows later, the event is the largest motorcycle show in eastern Ontario and western Quebec.

“We have sixty bikes here [with] every form of sportster to every model new and used,” said Pat Norton of Freedom Harley Davidson. “We brought everything we could, full amount of clothing and everything.” 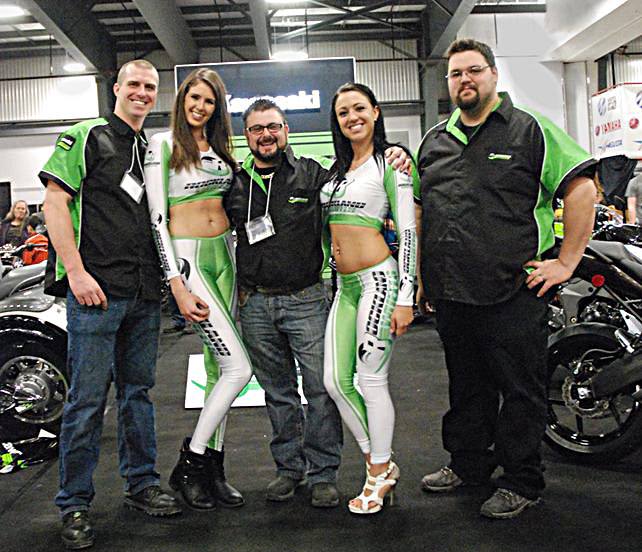 Custom builders and enthusiasts from all over the country displayed a variety of different themed bikes. Speed Trix custom Motorcycle Fabrication received first prize for their gnarly build.

Celebrity appearances from the hit show Sons of Anarchy also attracted a crowd.

Actors Kim “Tig” Coates and Tommy “Chibs” Flanagan drew massive mobs of eager fans hoping to get an autograph and picture with the characters of the popular television show.

“The Sons of Anarchy had a huge draw [and] we’re expecting to have them do photos with the public,” said Norton. “I hear they’re going to do that tomorrow and they’re signing autographs and taking pictures on the far side of the centre too.”

Other appearances included speakers such as Liz Jansen who hosted a venue called Riding Her Way that catered to women riders.

“This is the second time I have held this event. We have a booth here, which is a resource for women riders so we’ve got different things of interest for women riders,” said Jansen. “We have women’s riding groups and lots of other articles and resources of information.”

Jansen hopes to attract more women to the hobby of riding and helps solo female riders find other women to ride with.

“Over the past decade women riders have increased. It depends on what numbers you look at but they keep going up. About 15 per cent of riders are women,” said Jansen.

The show appealed to all ages and genders of motorcycle enthusiasts.

Riders Plus Insurance, in collaboration with the other exhibitors, produced one of Ottawa’s most successful motorcycle shows to date.