Ottawa theatres were packed on Nov. 22 as the second film in the Hunger Games trilogy, Catching Fire, came storming in, setting box office records and receiving much critical acclaim. Featuring a vast gallery of characters, the Hunger Games focuses mainly on Katniss Everdeen and Peeta Mellark – a pair of teenagers caught in a life or death struggle that intensifies with each passing day.

While these two are fascinating in their own right, of particular note is a certain peripheral character – Gale Hawthorne. Peeta and Gale compete for Katniss’ affection, but while Peeta offers a soft, gentle tenderness, Gale is a force of intense anger. He harbours a passionate hatred of the government that not even his love for Katniss can quell.

Gale’s dark demeanour throws him squarely into the territory of what is known among literary circles as a Byronic hero.

“He was this sort of omnivorous, sexual, freewheeling libertine who was known for his carryings-on, his crazy poetry, affairs with members of either sex, and his scandalous lifestyle.”

While Gale Hawthorne is certainly not Lord Byron, he does share similarities with classic characters that share these traits.

“Macbeth is an updating of the Prometheus tale,” explained Ahmad. “It’s the person who dares to do something.”

Of course, the character of Macbeth predates Lord Byron by nearly two centuries, but the similarities are undeniable – an aristocratic, ambitious young man with outstanding eccentricities that, despite various character flaws, still manages to generate certain amounts of sympathy or even admiration. 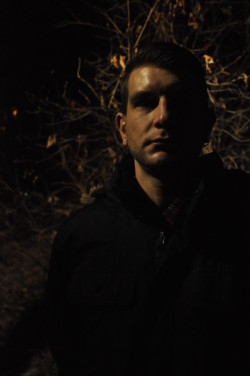 “I suspect that there’s always a certain element of sympathy that is going to adhere to somebody that dares to do a task that they might be condemned for,” said Ahmad.

Gale shares Macbeth’s ambition, his passion, his anger and though I certainly don’t want to spoil the story, he is called to complete a rather morally ambiguous task.

But why have these characters remained so popular? The sullen, brooding gentleman with murder in his heart; the omnisexual, manipulative young woman who will do what she must to succeed – why are we so drawn to these characters?

André Loiselle, associate dean of the faculty of graduate & postdoctoral affairs at Carleton University, has a theory.

“When we think of the Byronic hero, it’s really this rejection of the mundane, of the everyday,” said Loiselle.

Loiselle teaches various courses on film theory and in 2008 appeared in the documentary Zombiemania alongside George Romero to discuss the resurgence of the zombie in popular culture. You might say he is something of an expert on all things dark and dangerous in film.

“Most people, I think, have this desire to escape the need for conformity, the need to get along and all those things that we’re all taught to do as children,” he said.

We love the Byronic hero because he is able to fight against society in a way that many of us only wish we could. Everyone wants to be a rockstar or a celebrity or a princess or a billionaire – someone that lives in society without having to play by society’s rules.

But where do we draw the line with our admiration? When does a character just become too despicable for us to admire?

Theater of Blood is a horror film from 1973 starring Vincent Price. Price portrays an actor who feels cheated when a circle of critics refuse to bestow upon him a prestigious award. To rectify this grievous oversight, he embarks upon a path of gruesome, bloody revenge, eliminating each of the critics in turn.

“We feel the need for revenge in the film,” Loiselle explained.

“We enjoy the freedom of following along as he seeks revenge – we’ve all been criticized, so we enjoy this process of vengeance. But at the same time, it tips it over towards the fictional, the imaginary and the socially unacceptable because we always know that this vengeance goes too far.”

Of course, sometimes those mixed feelings are an intentional act on the part of the writer.

Lee DeMarbre, cult filmmaker and owner of the Mayfair Theatre, is no stranger to this technique.

“We write a villain and make him cool,” said Demarbre. “We want people to watch the film because of them.”

It was no coincidence that Maxine Schreck, female vampire and enemy of the Lord in Jesus Christ Vampire Hunter, was portrayed as an attractive young woman, after all.

DeMarbre was careful to warn, however, that these results are not guaranteed.

“You make a movie and it’s very personal, but once it’s released, it’s not yours anymore,” said DeMarbre.

No matter how carefully – or carelessly – you craft a character, once that film is released to the public, it will inevitably take on a life of its own. I’m looking at you, Boba Fett.

So when Suzanne Collins wrote the Hunger Games trilogy and crafted Gale Hawthorne into a complex hero with a questionable moral compass, was she intending to create another character that carries on the legacy of the great Lord Byron?