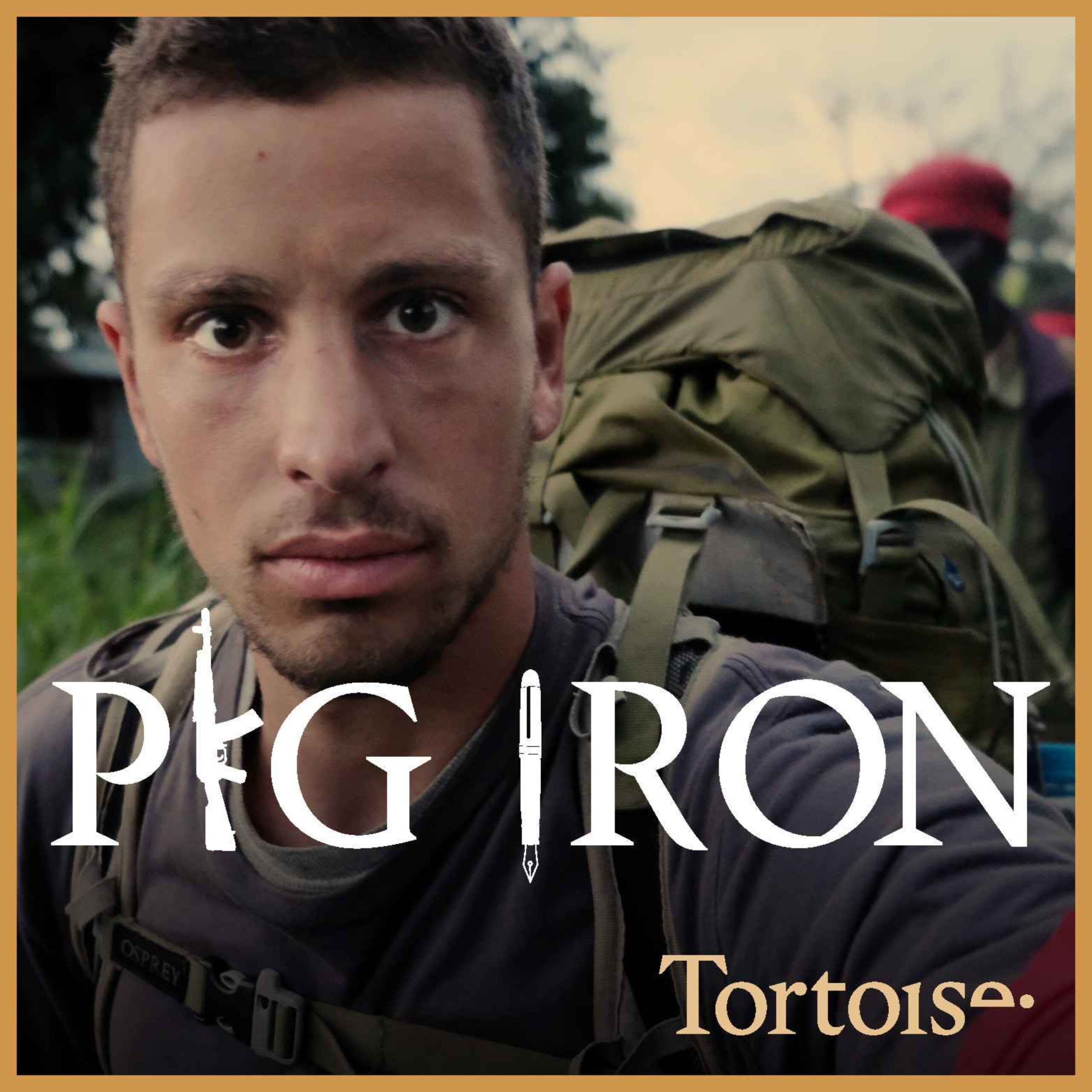 Pig Iron is a Tortoise Media podcast about the mysterious death of American war journalist Christopher Allen and war reporting in general.
Photo by: Pig Iron

In 2017, Christopher Allen, an American freelance war journalist, was shot and killed while covering the South Sudanese civil war. He was 26 years old. Allen was close to a group of rebels at war with the government when he was killed. He lived, slept and ate alongside them, sharing their lifestyle, as he wanted to get as close to the story as he could. His sudden death was shrouded in controversy and uncertainty.

Pig Iron is a podcast hosted by British journalist Basia Cummings for Tortoise Media that aims to provide some clarity surrounding Allen’s death. Was Allen deliberately killed by the Sudanese government after being labeled a “white rebel”— a mercenary posing as a journalist — or was he caught in the crossfire of war where chaos rules supreme and sometimes being unlucky is all it takes to be killed? The podcast doesn’t reach a clear conclusion but it questions the reality of being a foreign war correspondent where your job is “taking a day trip in someone else’s nightmare.” It explores the complex ethical question of whether trying to capture the story of war inherently makes journalists participants.

Cummings begins working with Allen’s cousin Jeremy Bliss, who has an intimate relationship with the story. Bliss was investigating his cousin’s death prior to working with Cummings. Together they interview Allen’s parents, who feel their son was a victim of a war crime by the Sudanese government.

Through these conversations, you get a better sense of how Allen’s loved ones view his adventurous, curious and intelligent personality. Cummings has a delicate role in investigating Allen’s death honestly while also being respectful of his family. Cummings and Bliss also interview mercenaries with close ties to Allen, editors that assigned freelance work to Allen, a journalist who was covering the story alongside rebels with Allen and Sudanese government and military officials.

Through old journals, emails and photos of Allen, Cummings learns of his double life. In the simplest one, Allen is loved by his family members and girlfriend. In his other, more complicated life, Allen gravitates toward war. He has close ties with mercenaries in Right Sector — a Ukrainian far right-wing nationalist militia — he met while covering conflict for the first time in Ukraine. Most importantly, Allen had formed a close relationship with Craig Lang, a mercenary in Right Sector, who had been charged with a double murder in Florida. Lang had visited East Africa just before Allen arrived in South Sudan in hopes to get involved in the war.

In an effort to better understand Allen and his death, Cummings talks to war correspondents about the rules of reporting war, receiving varied and non-definitive answers. Pig Iron also explores the distant relationship between freelancers and publications who rely on freelance work under decreased budgets.

Pig Iron is a thrilling, harrowing, mystifying and sometimes sorrowful investigation that is full of twists. Cummings is thought-provoking and even questions her involvement in the investigation. She is methodical in presenting the sometimes overwhelming amount of information about Allen’s life and death. Most of all, the podcast fascinatingly questions the objectivity of war reporting and its role in the journalism industry.